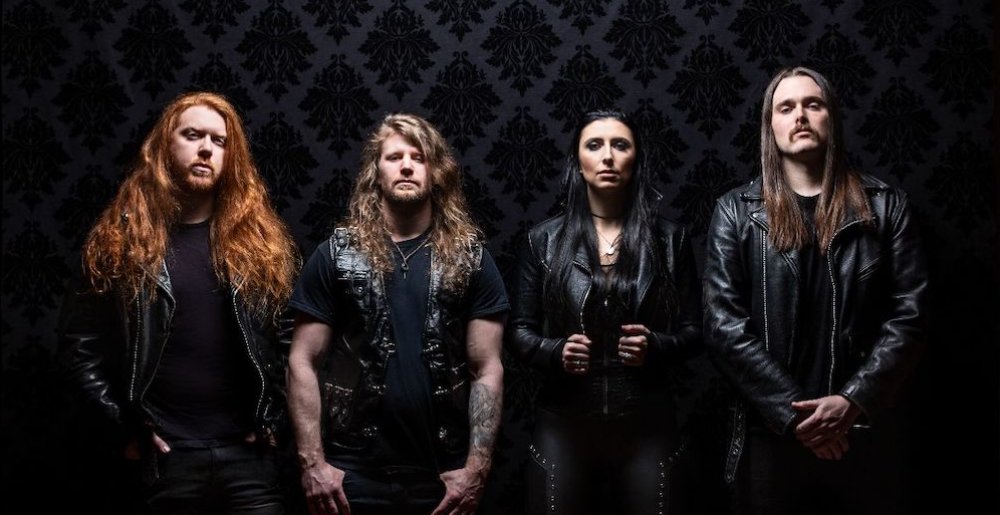 YOU GUYS, This New Unleash the Archers Album!

Power metal doesn’t get a ton of love from the critical metal blogosphere, and though I’ve got an occasional soft spot for the genre I admittedly often overlook new releases. No more! This is fantastic stuff. What’s more, it’s fringe power metal at best; Unleash the Archers have as much in common with Killswitch Engage as they do Rhapsody, and they incorporate influences from all over the metal spectrum. Abyss is quickly becoming one of my favorites of 2020.

So: following “Abyss,” the catchy-as-Covid first single from their forthcoming new album of the same name, the Vancouver outfit are back with “Soulbound.” What’s more, the second single arrives with another high-budget video (by today’s standards) complete with all sorts of CGI effects, indicating that clearly Napalm Records believes in this album a whole ton.

Frontwoman Brittney Slayes (neé Brittney Hayes — I couldn’t resist looking it up with a moniker like that!) says about this latest jam and its music video, which was shot by Runegate Studios:

“This song is what we call a ‘quick-banger’ in the UTA camp. It’s short, fast, catchy, and never lets up. We always have one of these on every record; the kind of song that makes you want to turn the dial up to 11, maybe drive a little faster, perhaps even stand up and headbang by yourself in the middle of the room. This track re-introduces the four sons of The Matriarch as enslaved, unstoppable, half-dead beings that won’t give up until The Immortal is destroyed, and we feel like it can stand on its own while not giving too many of the album’s secrets away… Get out your air-guitars ’cause this one is blistering!”

Abyss comes out on August 21 via Napalm Records: get it here.

Metal Sucks Greatest Hits
0 -
That Time Shaun Got Drunk and Filmed a Music Video with His Cat
350 -
MetalSucks Exclusive: Jeff Loomis’ First Interview Since Leaving Nevermore
7590 -
If I Read One More Thing About Arcade Fire I Am Going To Puke
540 -
Matt Pike’s Top Ten T-Shirts
1230 -
Loutallica’s LuLu: The MetalSucks Reviews
540 -
Glenn Danzig Shops for His Own Kitty Litter