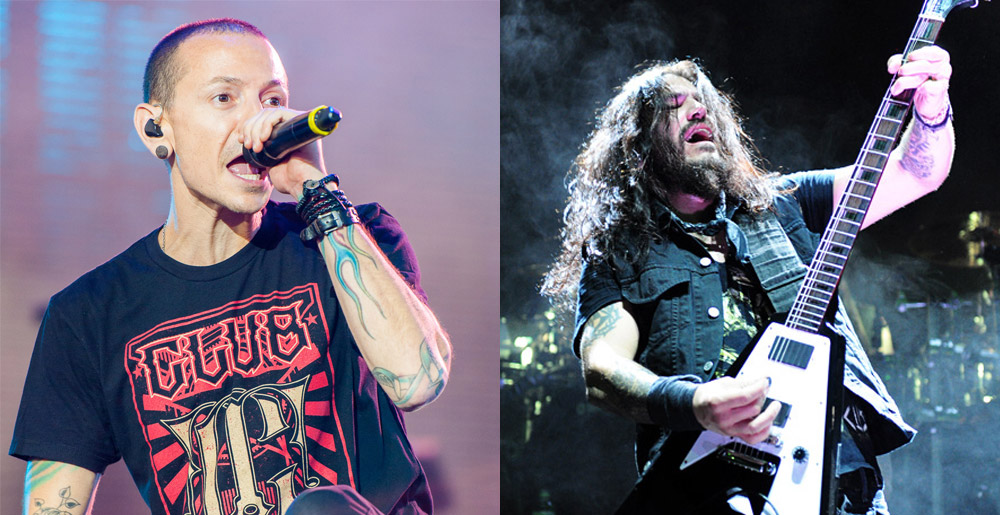 Is it me or is Linkin Park nostalgia in full effect this year more than ever surrounding the third anniversary of Chester Bennington’s death? The way tributes are rolling out en masse you’d think it was the 10th anniversary or the 20th. Don’t get me wrong, the love is deserved, it’s just striking — clearly he is missed quite dearly.

Machine Head frontman Robb Flynn is the latest to pay homage to Bennington. On July 22, 2017, two days after Chester died, Robb covered “In the End” at his birthday bash concert in Oakland, CA, and now he’s shared video of that performance. Posting the clip on Instagram, he offered:

“3 years ago we performed this song at my birthday bash after learning of Chester’s horrible death only a couple of days before. We were shocked and saddened, and I think most of us were still recovering from Chris Cornell’s sudden and tragic death, when this came along and hit us like a ton of bricks. I know people are gonna pooh pooh this, but I don’t give a shit. I love Linkin Park, I saw them before the first record even dropped opening for Orgy at the Maritime hall. I saw them almost every time they came to the Bay Area, and they always put on a fantastic fucking show. Played numerous festivals with them, saw them in Paris France doing promotion for the blackening, and I saw them again in Belarus well getting ready to tour for bloodstone and diamonds. I know Chester‘s passing was yesterday, but it seemed appropriate to share this heartfelt cover. Shout out to J-Mac for bringing it on the chorus.”

Watch below. Other recent Chester tributes include 266 musicians in 35 countries performing “In the End” and “Numb” performed in the styles of Soundgarden, Nine Inch Nails, Killswitch Engage, TesseracT, and more.

Metal Sucks Greatest Hits
0 -
What Will Happen When a Member of Metallica Dies?
560 -
The Austerity Program’s Justin Foley Wonders: Is It Okay to Listen to Music Made by People Who You Think Are Bad Folks?
0 -
The 110% Totally True Confessions of a Left-Wing Conspirator
0 -
50 Metal and Hard Rock Musicians’ Yearbook Photos
0 -
Twenty More of the Worst Heavy Metal Album Covers of All Time
0 -
Metallica Release Official Animated “Master of Puppets” Lyric Video