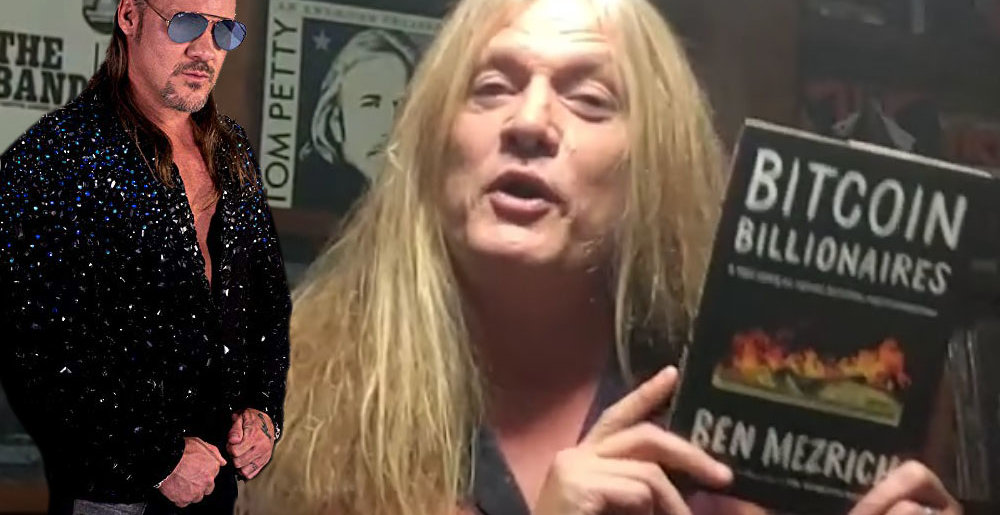 How absurd? I am now siding with Chris Jericho over Sebastian Bach. Sebastian Bach recorded some of my favorite songs of all time (granted, mostly decades ago, but still), and Fozzy is like a less-toxic, auto-tunier Five Finger Death Punch, and still, I can’t bring myself to see what Baz’s problem is.

The entire spat seems to have begun because the former Skid Row singer got pissy because people keep telling him he and Jericho look alike and then this one dude with 122 followers said Jericho looks better (Baz is 52, Jericho turns 50 in November).

I can’t find any videos where Jericho is obviously miming, but maybe I’m just not good enough at spotting that shit. I can say, without a doubt, that Jericho’s studio vocals have been auto-tuned all to fuck, but that doesn’t mean he’s using a tape live.

But Baz kept hammering this lip syncing accusation, and then finally Jericho responded, and pretty soon they had a full-on cat fight going.

Did that sound great or terrible? Who gives a shit? There’s already no reason for any of this to be happening.

But here’s where things get truly, next-level ridiculous: Rock Feed reports that Baz’s response to the Jericho video was to harass the Fozzy frontman via text message… and then share screencaps of those texts, as though it would somehow not make him look like a childish asshole.

What, I wonder, is Bach’s endgame here? There’s almost no chance that Jericho saw most of these texts; 99 out of 100 people would have blocked Bach’s number after the first 4 a.m. text. And even if he did see these, why reply? What does Jericho gain from further engaging in this bullshit?

So is Baz just looking for publicity? Normally I’d say “yes.” But then I saw this video, about Ben Mezrich’s Bitcoin Billionaires, which the singer shared yesterday. For the first thirty seconds, I was like, “Why is Sebastian Bah doing an ad for this book?”… and then the answer became readily apparent.

Do you see how happy it makes Bach to be called a “living legend”? Do you think there’s any way he makes this video if the Winklevoss twins don’t stroke his ego? Is Baz generally known for his reading recommendations?

Metal Sucks Greatest Hits
0 -
Watch an Old Lady Rock Out to AC/DC’s “Highway to Hell”
0 -
Let’s Gossip About How Much Money Famous Metal Vocalists Make
560 -
The Austerity Program’s Justin Foley Wonders: Is It Okay to Listen to Music Made by People Who You Think Are Bad Folks?
0 -
The Top Ten YARLERS of All Time
0 -
Clothing Chain H&M Creates Fake Metal Bands to Sell Merch, Releases a Song Called “Vaginal’s Juice Dripping into Cadaverous” [UPDATED: No, They Didn’t]
2760 -
Who Are The Top Ten Lyricists?