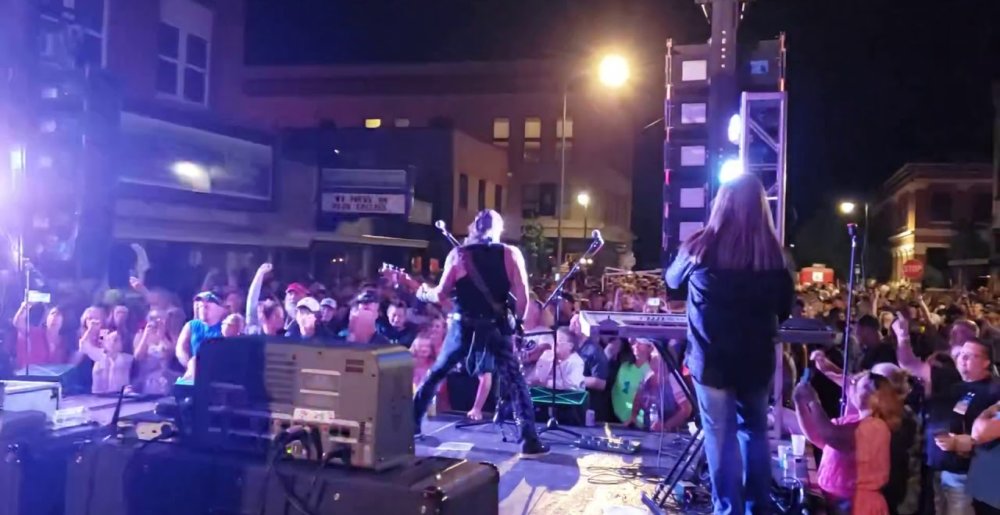 Great White Singer on North Dakota Show: “I Never Apologized. And Never Will.”

Great White’s Mitch Malloy has continued the group’s ongoing quest to go down in history as the band most willing to endanger the safety of their fans.

In a new Facebook post, the singer walks back Great White’s already-weak apology for playing a show in North Dakota with no masks or social distancing requirements. Sharing a photo — allegedly taken at the performance — of three fans in masks, Malloy wrote:

“Front row Great White show @first_on_first in my home town of Dickinson ND. Fake news said no masks no social distancing. I keep saying otherwise and this pic proves my point. I never apologized. And never will. It was an awesome gig at my good buddies festival for my hometown crowd.”

What this post makes clear is that Malloy is either disingenuous, an idiot, or a disingenuous idiot.

The statement released by the band after the concert included the phrase “[W]e would like to apologize to those who disagree with our decision to fulfill our contractual agreement,” which may not be the most robust atonement every offered, but does literally contain the phrase “we apologize,” which means Malloy did apologize (unless he’s trying to actively take a stand against his bandmates here, which would be bad news unto itself).

So Malloy can take his post-truth-era “fake news” bullshit and blow it out his curly blonde ass. If you ever think about going to see Great White, remember how little this schmuck thinks of you and consider using that money to wipe your ass instead.

Metal Sucks Greatest Hits
0 -
Twenty More of the Worst Heavy Metal Album Covers of All Time
0 -
The Top 25 Modern Metal Drummers: The Entire List in One Place
0 -
Editorial: Your Dead Metal Heroes Were No Angels
0 -
Joey Jordison Claims He Was Fired from Slipknot Via a Singing Telegram
0 -
Nothing to See Here, Just Some Photos of Cats Wearing Metal Battle Vests
0 -
G.O.A.T. and Your M.O.M.’s “Quack like a Duck” Justifies Humanity’s Entire Existence