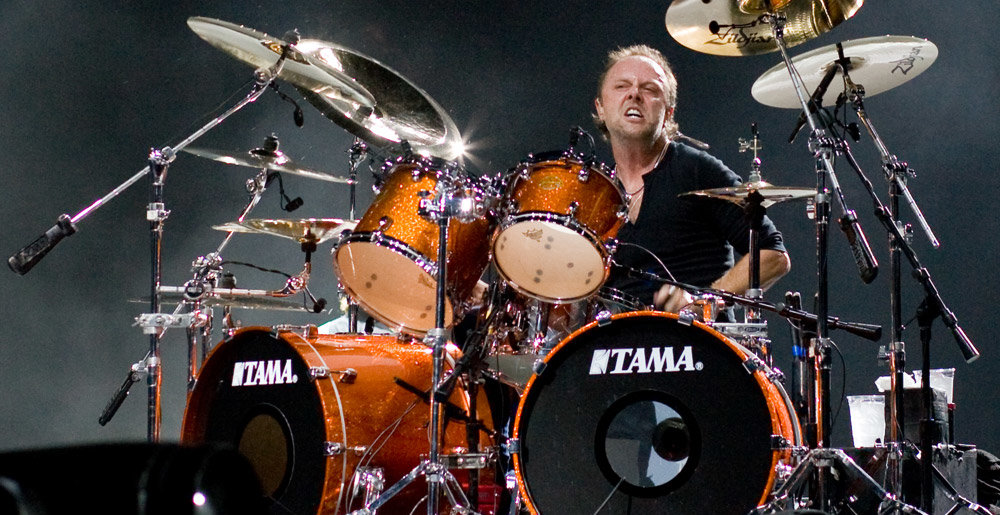 The infamous snare sound on Metallica’s much ballyhooed 2003 album, St. Anger, has sure been in the zeitgeist lately, eh?

First, Bob Rock, who produced the album (as well as the Black Album and both Loads), told the story of the snare sound’s genesis, explaining how Lars recorded a lo-fi demo of the band jamming in their clubhouse and how “he just would not go back” after falling in love with the sound. Then some guy named Tommy Tritone told a totally true story about the production sessions just chock full o’ revelatory info.

Now Lars himself has chimed in on the matter. Talking to radio host Eddie Trunk on Trunk Nation [via Blabbermouth], the drummer validated Bob Rock’s claim that he simply wouldn’t back down, and then some: he still won’t back down! Lars explained:

“And so the only time this stuff really comes up is in interviews. I hear ‘St. Anger’ – that’s a pummeling and a half, and there’s a lot of incredible, raw energy, and it’s like, ‘Woah!’ It’s been slapped around a little bit, but the snare thing, it was like a super-impulsive, momentary… We were working on a riff. [James] Hetfield was playing a riff in the control room, and I ran up; I was like, ‘I need to put a beat behind that.’ I ran into the tracking room and sat down and played a couple of beats over this riff to not lose the energy of the moment, and I forgot to turn the snare on. And then we were listening back to it and I was like, ‘Wow! That sound kind of fits that riff, and it sounds weirdly odd and kind of cool.’ And then I just kind of left the snare off for the rest of the sessions, more or less.

“And then it was like, ‘Yeah, that’s cool. That’s different. That’ll fuck some people up. That sounds like that’s part of the pummeling,’ or whatever. And then it becomes this huge, debated thing. And sometimes we’ll kind of sit on the sidelines and go like, ‘Holy shit! We didn’t see that one coming,’ in terms of the issue that it turns into.

“I’m proud of all of those decisions because I know at that time, they were the truth and it was the instinctive and the right thing to do. And then, 20 years later, it’s like, ‘Well, how would that have sounded if the snare was on?’, or, ‘How would that have sounded if we did two instead of four?’ I don’t know – but I don’t really think about it, to be honest with you, other than when I’m confronted with it in interviews. And I wouldn’t change a thing about the past. Of course, how far are you gonna push that? Of course, yes, bus accidents and things like that, of course.

“But the point of what I’m saying is I just don’t spend a lot of time sitting there, going, ‘Well, if we hadn’t done that,’ and, ‘If we did this instead…’ I’m just always too busy about what we’re doing next, and that’s just my MO. And I think all of us in Metallica generally operate like that. So we’re just always excited about the next thing, the next thing, the next record.

“I say this often, but people always go, ‘What’s your favorite Metallica record?’ My standard answer is, ‘My favorite Metallica is the next one, and the next song we’re gonna write and the next album that’s coming.’ Because if you don’t think that your best work is still ahead of you, why do it? And we’re always so excited about the opportunities that lay in front of us.”

I’ll say this about Lars, at least: I can appreciate always looking to the future instead of the past. The thing is, Metallica’s history is marred by a number of questionable production choices, and shouldn’t we be able to utilize our past mistakes to improve? Tunnel vision for the future is not productive if we can’t also look in the rearview critically.

Metallica are currently working on writing their next album while in quarantine. What production snafus that’ll be discussed for decades can we look forward to this time?

Metallica music for a good cause.