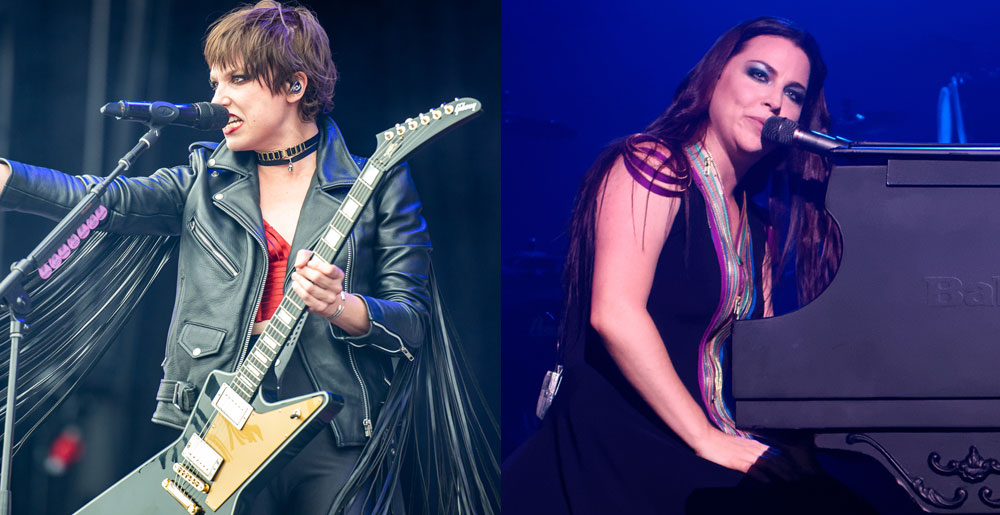 Halestorm have announced a new EP titled Reimagined, which features a handful of songs from the band’s catalogue reworked into new versions. The first single from that set is “Break In,” from the band’s 2012 album, The Strange Case Of…, featuring a guest vocal appearance by Evanescence’s Amy Lee. Lee and Halestorm singer and namesake Lzzy Hale would perform the song as a duet on tour several years ago, and now it’s available in proper recorded form. And I gotta say, it’s absolutely gorgeous; love to hear two of rock’s best vocalists nailing it together.

Hale explains of the track:

“It was such a blast to remake some of our favorite originals. One of the standout moments on this EP is a duet of our song ‘Break In’ featuring the amazingly incomparable Amy Lee. Produced by Nick Rasculinecz, we recorded this duet pre-COVID-19, together in the same room, live, as a full performance from beginning to end. Amy brought new meaning to this song, turning what was once just a love song into a statement of unity and support for each other. I hope you find something in ‘Reimagined’ that brings you joy and hope in these crazy times we live in!”

Give it a listen below. Reimagined comes out on August 14 and can be pre-ordered here. Tracklisting follows.

Metal Sucks Greatest Hits
0 -
Debunking the Myth that Guitar Hero Made Dragonforce
0 -
David Lee Roth on Van Halen Brothers: “We Have Always Hated Each Other”
0 -
Worst Year Ever: All of Our 2012 Year-End Sh*t in One Place
0 -
Rammstein Members Kiss During Moscow Show, Violating Russia’s Anti-LGBTQ Laws
0 -
L.A. Band Threatin Faked a Fanbase To Land a European Tour No One Attended
0 -
What is the best subgenre of metal?? *please read*