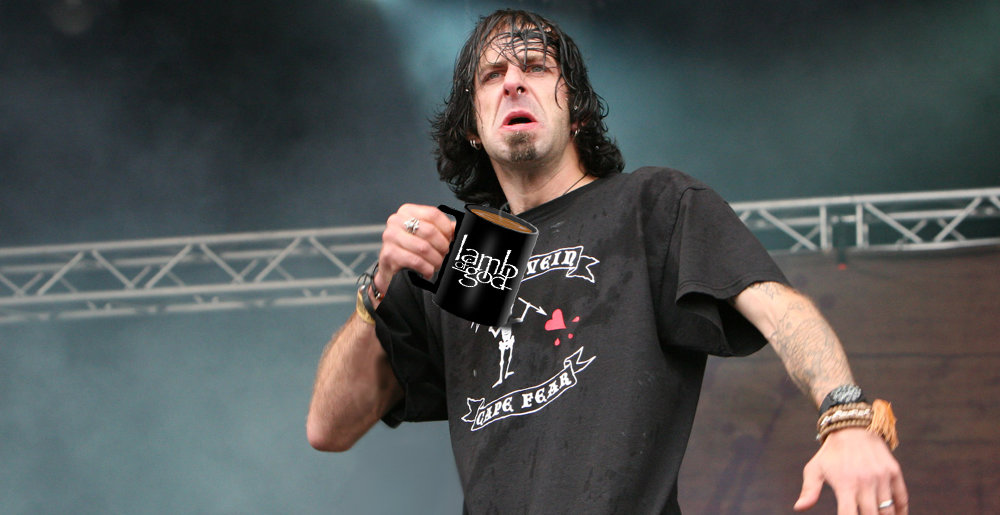 Lamb of God are the latest metal band to get into the coffee business: the band is partnering with Between the Buried and Me guitarist Paul Waggoner’s Nightflyer Roastworks for a blend called Memento Mori, after the opening track from their recently-released self-titled album. In what I’m sure is not a coincidence, that song features Randy Blythe screaming “WAKE UP!” a whole lot.

The coffee is “a longtime passion of guitarist Willie Adler,” according to a press release.

Memento Mori is grown in El Salvador and roasted in Charlotte, NC. You can get it here for twenty bucks per twelve ounce package.

Metal Sucks Greatest Hits
0 -
Give a Heavy Metal Valentine’s Day Card to Someone You Love
0 -
David Hasselhoff’s “True Survivor” Music Video Just Broke the Internet
0 -
Slipknot’s Corey Taylor Shares Photo of “Post-Gig Make-Up Debacle” Beneath His Mask
2760 -
Who Are The Top Ten Lyricists?
0 -
Report: “The Number of Heavy Metal Bands in a Given Country is Associated with its Wealth and Affluence”
0 -
Watch an Old Lady Rock Out to AC/DC’s “Highway to Hell”