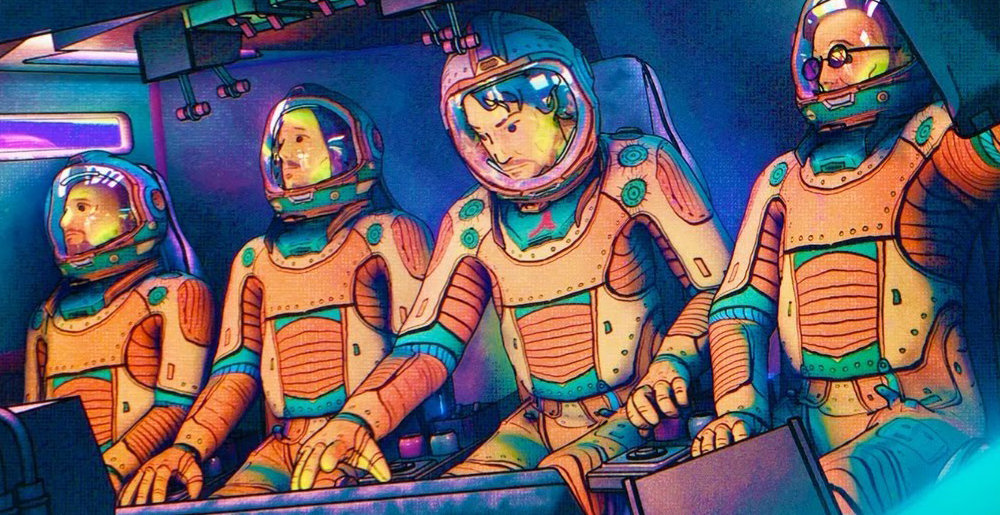 We were hoping that Gojira’s recent mysterious social media post was teasing the impending release of new music… and, oh hey lookee!, our optimism paid off: the band has released a new standalone single, “Another World.” It’s a totally epic, hella-heavy tune with just the right dash of melody… it probably wouldn’t have sounded out of place on L’Enfant Sauvage.

It also arrives with a really cool video, directed by Maxime Tiberhgien and Sylvain Favre, that utilizes animation which is sort of reminiscent in style of the more stylized Telltale Games games.

“It is with great excitement that we’re presenting our new track ‘Another World.’  Ferdinand Magellan once said: ‘It is with an iron will that we’ll embark on the most daring of all endeavors, to meet the shadowy future without fear and conquer the unknown.’  Is humanity doomed, or will we survive nature’s wrath? Take a glimpse into our shadowy future by watching our take on 1968’s Planet of the Apes… ‘Another World’!”

You can check out the song and video below. I don’t think you’ll need much encouragement to watch the entire video, but in case you do, it has a fun twist ending which very much pays homage to the 1968 version of Planet of the Apes. That movie took a lot of liberties with Pierre Boulle’s original novel, but still… think of it as Gojira reclaiming the story for the French.