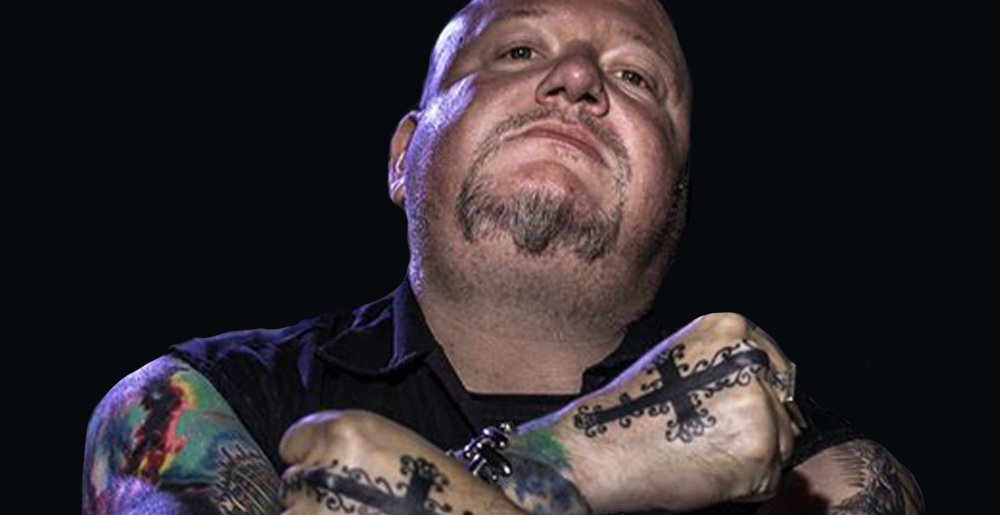 Tony Constanza, the original drummer for Machine Head who went on to become of member of bands such as Crowbar and Crisis, has died. He was 52-years-old.

Costanza was in Machine Head from 1991 to 1994. He played on their 1993 demo, which included early versions of five songs (“Old,” “The Rage to Overcome,” “Death Church,” “A Nation on Fire,” and “Real Eyes, Realize, Real Lies”) that were all eventually included on their revered 1994 debut, Burn My Eyes.

A GoFundMe campaign has been launched to help pay for Costanza’s funeral expenses. You can donate here.

“It is with a very heavy heart that I have to accept and inform everyone concerned that I lost my brother, band mate, home boy and family today.

“Tony Costanza was one of a kind. A man with a huge heart, love and loyalty for the ones close to him.

“I cannot relate to this reality of loss yet. I know he had a lot of admirers, and I was one of his biggest. He would have literally taken a bullet for me. Thats the kind of gangster brother he was.

“Tony died in his sleep this morning so I am sure he was at peace and in no pain.

“I wish his Mother all the strength she can muster as she will need every ounce of it.

“I will be starting a GofundMe page for her and Tony‘s funeral expenses. Please help if you knew him and care.

“Please hold your loved ones close as the sense of loss is insurmountable sometimes.

“Tony my friend, I will love you and cherish our memories together, forever. Hope you are in a better pace now. Rest In Peace.”

Machine Head mastermind Robb Flynn has shared the below thoughts on Costanza’s death:

So sad to hear about Tony Costanza passing away today.The first 6 month of Machine Head’s existence happened because he joined.

I began talking to Tony around March 1992 for the first time. I can’t exactly remember how we got in touch, he was from Las Vegas and this was before the Internet, before cell phones, it’s possible that a guy who used to work for Vio-lence name Joey copobianco put me in touch with him.

We started talking on the phone about Machine Head, and eventually he relocated to the Bay Area. It seemed in a lot of ways, he was ready to start a new life, he has been the singer for the early-Grindcore band Papsmear and I had actually met him the year prior with Mitch from Napalm Death when Mitch, Shane and him came up to a show in the Bay Area

It’s a little foggy, but I want to say he might’ve moved in with me for the first few weeks he was up here.  One hilarious memory I have, is of him staying the night at Genevra‘s apartment, we all got super drunk on purple Kool-Aid and fucking MOONSHINE, and apparently he had eaten some kind of Chinese squid-based dish earlier that night, later on, hammered out of his mind, threw up purple squid all over her carpet.  Genevra was pissed for a minute, but we couldn’t help laugh hysterically about it later on, it was just so funny to see all these little purple squids all over the floor.

I had already fleshed out a couple of the early MH songs on the drums with my friend Gary, and then later on a whirlwind 2 day jam with Chris Kontos, but that was the only time that we had heard the songs played as a band.

So to have Tony there, regularly jamming “Death Church”, “Blood For Blood” and “Fuck It All” at the Emeryville warehouse in a room we shared with 6 other punk rock bands was pretty thrilling… Some of the songs that he worked out with us from-the-start would’ve been “A Thousand Lies”,”I’m Your God Now”, “Nation on Fire” and “Rage to Overcome”, and even part of a “Davidian” riff.
Tony was a character, funny, kind of a fabulous disaster, but a good guy with a great heart.  He didn’t click with one of the band guys though, so there was always like a weird tension when he was around. But we played our first few shows with him at Mike Scum’s Woolsey house in Oakland, which ended up being Machine Head’s first kegger party/show.

We also played our first official club show with him at the Huntridge Theater in Las Vegas, filmed our very first video for the song “fuck it all“, recorded part of a rehearsal tape/demo with Eric Wong at Laughing Dead’s studio, and we also played the LA metal fest at Gazarri’s in Hollywood which was notable for the fact that we played twice, to 20 people each time, but the 2nd time, Dino from Fear Factory was there, Igor from Sepultura, the Biohazard dudes were all there, and Rick Hunolt from Exodus (all in town for a Foundations Forum), along with our friends Andy and Gary.

Chris Kontos was originally my first choice to be in Machine Head, but at the time he was pretty busy with multiple bands (Attitude Adjustment, Grinch, and Verbal Abuse) and it looked like one of them (VA) had a real shot at getting signed.  So Chris went away for a while, and in that time we got Tony.

After a minute, Chris came back into the picture and volunteered to be Tony’s drum tech, (though truth be told, Chris had his eye on getting IN Machine Head more than actually helping Tony out), and basically confessed as much to Rick / Exodus while he was doing our lights at the metal fest.

Later that night when Chris told us he was up to join MH at our friends Gary‘s house, it was kind of a no-brainer.

Tony saw the writing on the wall, and quit soon after.

It was only a short 6 months that he was with us, but in many ways he helped form so many of the songs on Burn My Eyes into what they would become.I was always grateful for everything that he did.Tony was also a member of Crowbar during the early 2000s, and appeared on the band’s 2001 album “Sonic Excess In Its Purest Form”. He played with the band Crisis and I’d like to thank Azfaal for letting me know about Tony today.  To see him still rockin’ a Machine Head shirt in that photo [included with Nasiruddeen’s initial FB post, below] meant a lot.

We maintained a friendship throughout the 27 years since he was in the band.  We talked a couple times a year, he definitely had more than a few health problems, and he did enjoy his partying… He was a stubborn son of a bitch.

He would tell me later on that “he regretted the decision, but that it was always an honor to play in his ‘favorite band ever’”.

It chokes me up to write those words…

Afzaal has set up a GoFundMe to help with his funeral expenses… If anybody would like to donate, both Tony’s family and I would appreciate it.

“This is so sad!!! Tony was such a sweet and talented guy. So happy we had the pleasure of him playing drums on Sonic Excess in its Purest Form !! God bless u Tony and our hearts go out to your family!!”

MetalSucks’ thoughts are with Tony’s loved ones during this impossibly difficult time.