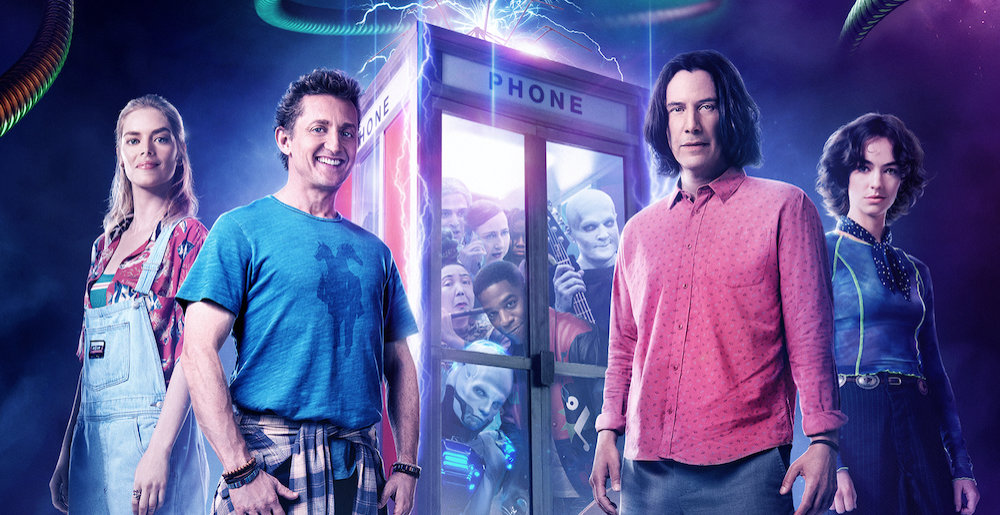 True to the reality of being a pair of dudes with access to a time traveling phone booth, the much-anticipated Bill & Ted Face the Music is switching release dates… again.

The good news is, it’s actually reverting to its old release date of Friday, August 28, instead of Tuesday, September 1. I’m guessing this is because it now looks like Christopher Nolan’s new movie, Tenet, will open in at least some theaters the following weekend, and, well, if people risk their lives to go to the movies, it will probably be to see that. But I’m totally speculating.

In any case, Bill & Ted Face the Music will, at last, reach our eyeballs — be it in theaters or via VOD — before this month is over. FINALLY!

To tide you over, here’s a short behind-the-scenes featurette, which focuses primarily on the characters’ daughters, played by Samara Weaving (Ready or Not) and Brigette Lundy-Paine (Bombshell):

Metal Sucks Greatest Hits
0 -
A Sh*tstain on the Ass of the Universe, #28: Lie or Liar
0 -
Metallica’s St. Anger Was Released Ten Years Ago Today
0 -
Report: “The Number of Heavy Metal Bands in a Given Country is Associated with its Wealth and Affluence”
0 -
Sean Z.’s Twelve Inch Face Pubes Win the MetalSucks Best Beard in the History of Metal Bracket!!!
0 -
Video: Rings of Saturn Guitarist Lucas Mann’s Criminal Abuse of Guitar Pro
1210 -
MetalSucks Exclusive: Behemoth Frontman Nergal’s First Interview Since Being Diagnosed with Leukemia