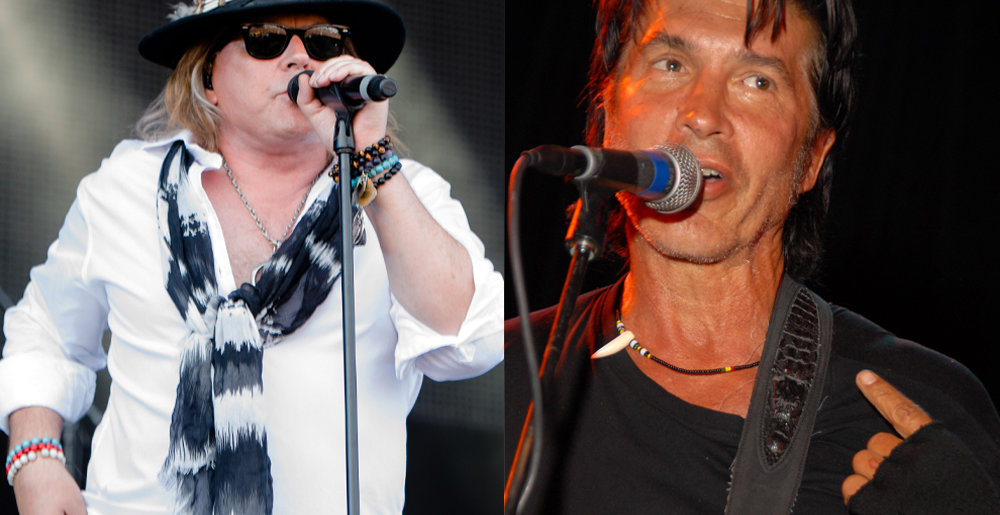 After Van Halen released their debut album in 1978, they became the unwitting godfathers of hair metal, inspiring scores of oversexed, party-obsessed, shredtastic bands that often took their name from a member of the band. These included Slaughter, Winger, Bon Jovi, Enuff Z’Nuff, L.A. Guns, Guns N’ Roses, and, of course, Dokken, lead by lead singer Don Dokken. Dokken also included guitarist George Lynch, who eventually quit to start his own band, this one utilizing his surname for its moniker, which was also a “clever” pun: Lynch Mob.

…yeahhhh. You can see where that name is, um, in poor taste. And it only took thirty years and a series of massive protests inspired by the continuous murder of African-Americans at the hands of the police for George Lynch to realize that! During a recent interview with Audio Ink Radio, the guitarist announced that the Lynch Mob handle will be retired following the August 28 release of Wicked Sensation Reimagined, a “re-worked” and re-recorded version of the band’s 1990 debut, Wicked Sensation (via Ultimate Guitar):

“With everything going on right now in the world, it was really sort of an epiphany moment.

“I just kind of woke up and said, ‘You know, I think with this record, this is our swan song. I think this would be a good place to exit the stage.’ We’ve created this bookend – answer to the first record.

“The name itself, of course, has always been problematic, and now it’s inexcusable to keep the name. So, things have just sort of all conspired.

“A lot of different events triangulated to this point where it just makes sense on every single level to just let it go and wrap it up with and nice neat bow with this record, and move on.

“I’m not gonna tour anymore with that name or put out any more records with that name. I’ll probably still play with some of the same people; we’ll just call it something else.”

Which brings us back to Don Dokken. During a recent interview with California radio station 95.5 KLOS, the singer was asked about Lynch’s decision, at which point he eased any doubts the public might have as to whether or not he’s a total bunghole:

I would argue that the reason “they,” whoever “they” are, believe “that Lynch Mob means hanging blacks” because, traditionally, throughout American history, lynch mobs have, y’know, hung blacks. I understand that it could, theoretically, refer to the unlawful execution of other races as well, but only if you don’t consider colloquial idioms. The word “slaves” could refer to a lot of different races and nationalities at various points throughout history, too, but in 2020, 99 times out 100, when we talk about “slaves,” we’re not referring to, like, the Jews in Egypt or whatever. So this is a little like Dokken using a certain slur against gays and arguing it’s okay because it also means “a bundle of sticks.”

Not that anyone listens to the “Dream Warrior” guy for his intellectual prowess… heck, these days, people don’t even listen to him for his singing prowess (because he no longer has any). Still, if you grew up listening to Tooth and Nail, it’s disappointing to hear the guy participate in blatant idiocy.

You can listen to the entire Dokken interview below.

There have been a lot of great guitar players over the years, but few foster the intense levels of bombastic creativity as heavy-hitting six-stringer George Lynch.

In the early ’90s, Spread Eagle was, in many ways, the east coast’s answer to Guns N’ Roses. Sure, you had Skid Row hailing out of Jersey, but no band harnessed the street-tough grizzle of NYC like Spread Eagle.

Metal Sucks Greatest Hits
0 -
Thirty of the Worst Heavy Metal Album Covers of All Time
0 -
That Time Shaun Got Drunk and Filmed a Music Video with His Cat
0 -
Just in Time for Passover: Big Four Yarmulkes?!?!
0 -
The Top 25 Modern Metal Frontmen: The Entire List in One Place
0 -
Nothing to See Here, Just Some Photos of Cats Wearing Metal Battle Vests
0 -
Incredibly Metal Six-Year-Old Girl Terrorizes America’s Got Talent