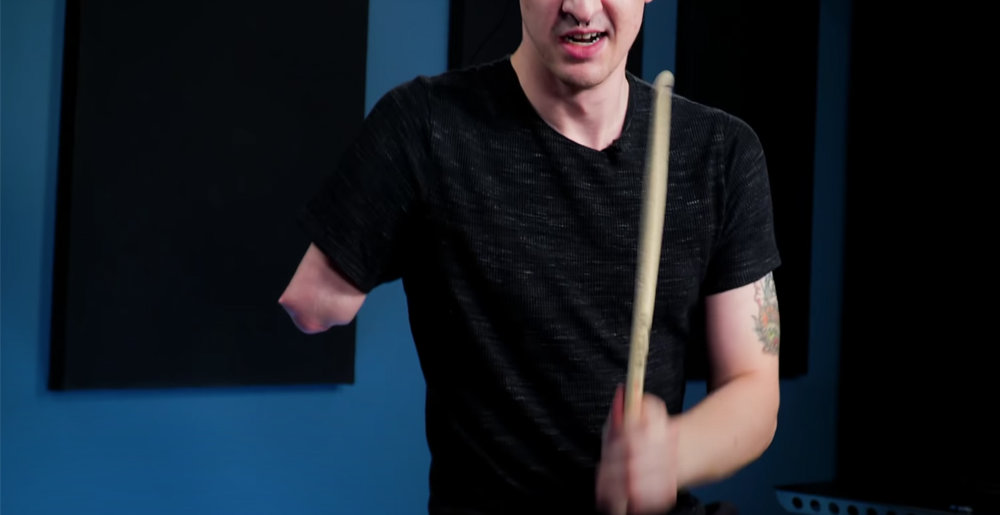 Speaking as someone who can’t play drums with two arms and strongly suspects he’d still be a pretty lousy percussionist even if I had eight arms, I cannot express enough admiration for Jack Thomas. As documented in this new video from Drumeo, Thomas lost his arm in accident when he was seventeen… but didn’t let him derail his dream of becoming a drummer. Today, in fact, he’s good enough to play Slipknot’s “Duality” despite his missing limb. Pretty amazing.

Watch the incredible inspiring video below: