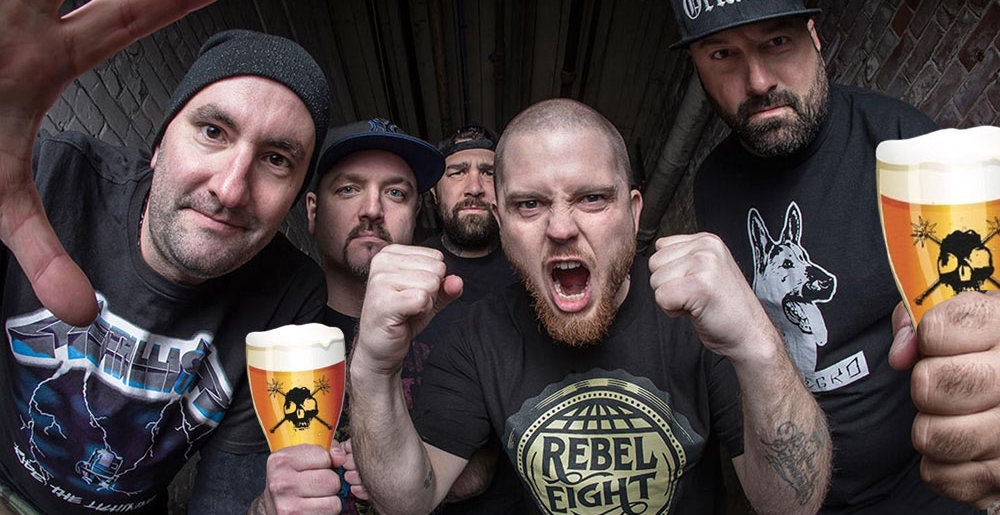 Connecticut hardcore/metal icons Hatebreed have teamed up with Witchdoctor Brewing Company to launch “Live For This” lager under the band’s new Breedbrew brand.

The lager is named after the Grammy-nominated song from the band’s 2003’s album The Rise of Brutality.

Hatebreed offered their own draft beer at their sold out 25th Anniversary show in New Haven, CT last year. Now, they are bringing a new draftbrew to their home state friends and fans.

The band and the brewery have also partnered for a monthly schedule of events that will be socially distanced and safe as well as a canned version of the beer to be released in the coming months.

These events will feature beer tasting, giveaways, socially distanced photo opps, and will also have custom Hatebreed and Breedbrew merchandise, pint glasses, and growlers that will be available for take-out.

The state of Connecticut, along with New York and New Jersey, has been lauded for its response to the COVID-19 epidemic and subsequent lockdowns, putting the safety and health of residents first. The state was able to flatten the curve of the virus and residents looking to attend a safe, fun event can now do so.

“During a time of uncertainty for many, we were fortunate enough to have the opportunity to partner up and work ‘hands on’ with Witchdoctor Brewing Company in Southington, Connecticut to bring you ‘Live For This’ lager,” says bassist Chris Beattie. “Teaming up with Witchdoctor’s award-winning Master Brewer, Robert Todd, we were able to deliver a smooth-tasting, crisp version of his Munich Helles-style lager using the finest German ingredients. We wanted to make a beer that appealed to the casual drinker, as well as those who prefer the more hoppy IPA styles. Whatever your preference, I’m sure you’ll enjoy! Stay safe, drink responsibly!”

“We have collaborated with Witchdoctor Brewing in Southington, Connecticut to create ‘Live For This’ lager” says drummer Matt Byrne. “If you’re not familiar with this Helles style of German beer, think gold-colored, relatively low ABV (4.5%) that won’t blow your head off after one pint. It’s refreshing in this blistering, Northeast summer heat and you can drink this style of beer all day long. If you’re a Budweiser guy, don’t be scared. It’s just as crisp and you will be hooked. If you’re an IPA guy, you will be pleasantly surprised. It has just enough bite. I’ve been lucky to sip beer from all corners of this crazy earth.  Helles is one of my all time favorites. The first sip is the best sip. Nothing compares. The goal of Hatebreed’s ‘Breedbrew’ is to bring a taste of what we have come to enjoy from our German family, home to YOU, our Connecticut heavy metal/hardcore family.”

The first event will be FREE for those who RSVP and capacity will be limited. Join the guest list here.

Fans will be able to pick up their pre-purchased growlers at the event and fill them with “Live For This” lager to take home!