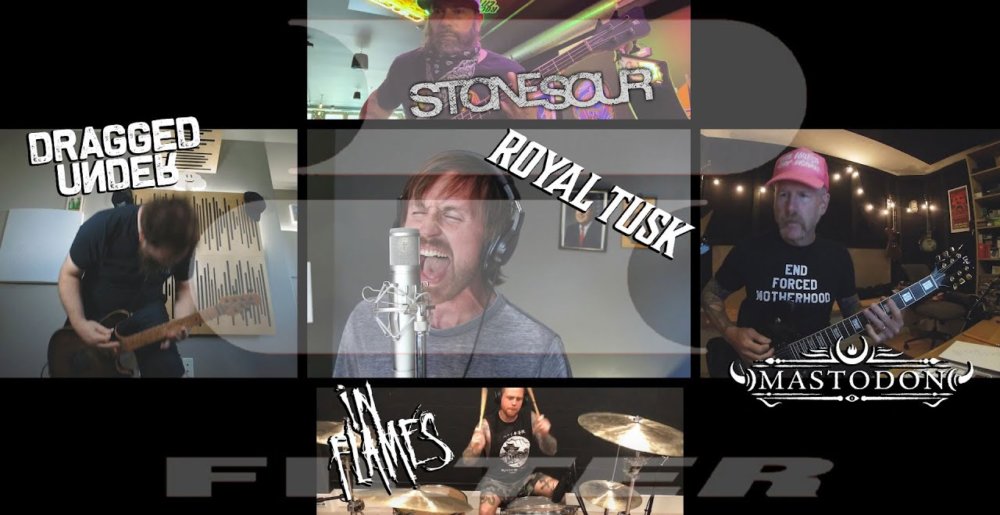 Filter’s ’90s output is nearly universally loved throughout the metalsphere, and now some notable metal musicians have teamed up for a cover of the one of the band’s biggest hits, “Hey Man, Nice Shot.” The lineup consists of:

Carriere told Consequence of Sound of the collaboration:

“I first heard ‘Hey Man Nice Shot” on a compilation cassette I bought in grade 7 called Absolute 90s. Filter was alongside The Lemonheads, Dinosaur Jr, and Sonic Youth, to name a few — it was a great album all around, but ‘HMNS’ stuck out to me. There was something honest, gritty, and dirty about that song, and I couldn’t get enough.”

“All the tracks from Short Bus, which this song came from, are awesome, but this one has stood the test of time. I would argue that, in a way, the song hits even harder against the backdrop of music today. They are a wildly underrated band, and I jumped at the chance to pay homage to them with this cover! Also, the Budd Dwyer story which the song is about his jaw-dropping.”

Give it a spin below.

Interviews 0
In Flames on the Re-Evolution of Their Sound
December 2nd, 2022 at 1:49pm Mandy Scythe