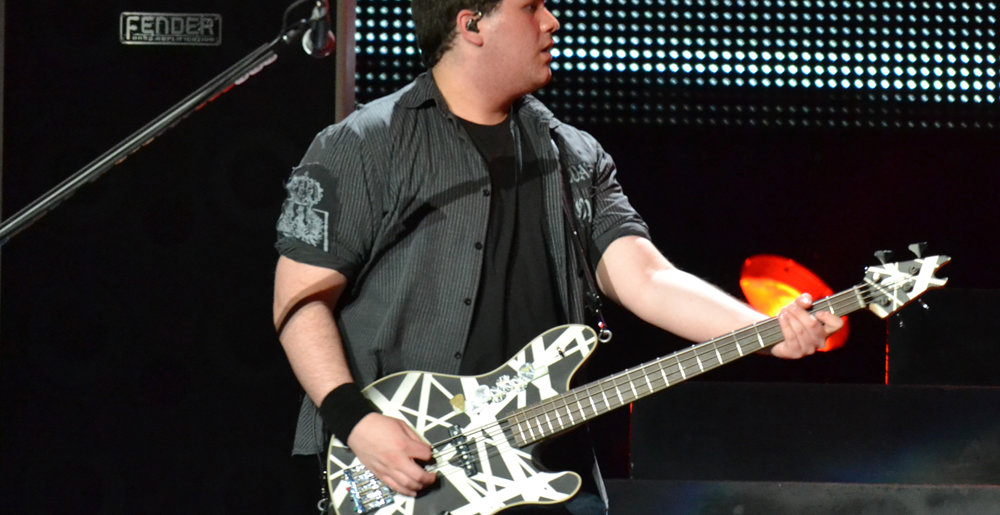 In 1978, Eddie Van Halen changed guitar playing forever with “Eruption,” an extended solo that basically dictated the direction of all lead rock guitar since. In barely more than a hundred seconds, Van Halen foretold the coming of Dimebag, Jeff Hanneman, Marty Friedman, Chuck Schuldiner, the entire genre of glam metal, and basically any other lead guitarist you care about. Other than Jimi Hendrix, it’s hard to think of another guitarist who so impacted the entire genre.

Jump ahead 42 years, and Eddie’s son, Wolfgang Van Halen, has released a sample of himself playing “Eruption” on bass, and it will probably… not change bass playing forever. But it’s still pretty impressive; as one Twitter follower would later point out, it requires a lot of finger strength.

It also turns out that the younger Van Halen’s tweet game is killer:

FUN FACT: I was not wearing pants when I watched this.

As Wolfgang mentioned, he is currently working on his debut solo album. Rolling Stone had a thorough update on the status of that record last month, which you can read here.

Metal Sucks Greatest Hits
0 -
Why There Will Never Be Another Metal Band as Big as Metallica
0 -
Twelve Reasons Babymetal are the Single Best Thing to Happen to Metal in the Past Decade
0 -
The Single Greatest Analysis of Nickelback’s Work Ever Written
690 -
Let’s Argue About Iron Maiden Album Art
300 -
Sebastian Bach: The MetalSucks Interview
0 -
Scientific Proof That Djent is a Genre