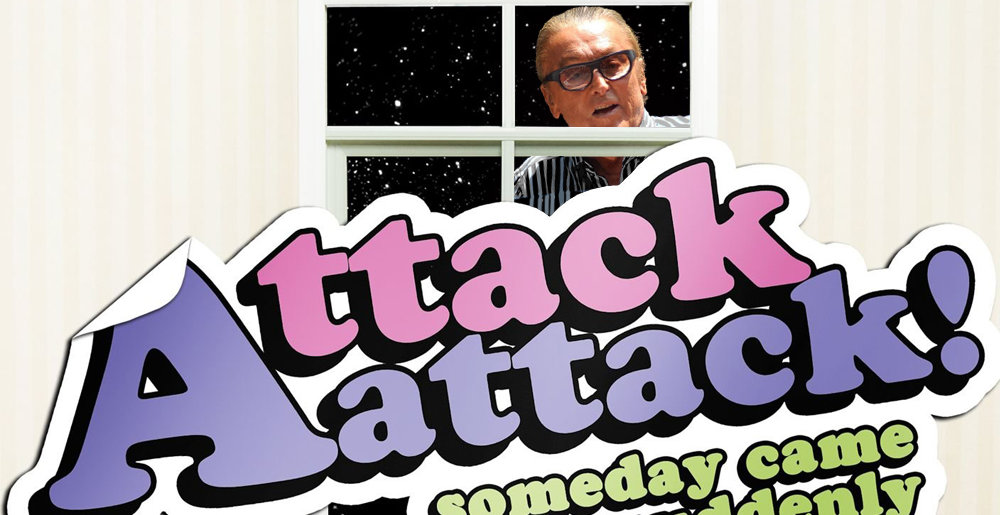 Craig Ericson from Rise Records sounded frantic on the phone. “You gotta come see this band we’re about to sign!” He told me they were gonna be huge.

I didn’t wanna go but Ericson promised to buy me a new car if I saw the band and DIDN’T wanna work with them. I was willing to take that action. I hopped into my soon-to-be-former Bugatti and went to meet him at some club. I couldn’t even remember the name of the band I was there to see; in my mind, I was already picking out new interiors and a sound system for Craig’s “gift.”

The band ended up being called Attack Attack!, with the stupid exclamation point and everything. Their music was drek. They had terrible haircuts. They kept doing this weird thing where they would all kinda squat and bounce like they were trying to shake loose a crap. I hated them. I hated everything about them.

I knew they were gonna be huge.

A week later we hit the studio. These little boys looked like they didn’t have hair on their schmeckles yet; I was pretty sure if they were ever in a fight with Menudo, they’d get their asses handed to them.

It was the easiest, most stress-free gig of my career.

Every sound on the goddamn record is either made by a computer or filtered through a computer or edited via a computer or recorded, filtered, and edited by a computer. Plus, the band members were Millennials, and you know what those little shits are like — they think they fart perfume.

So we never had to do more than one take of anything. Kid couldn’t sing worth a shit? Didn’t matter, it would sound find with all the vocoder. Drummer couldn’t keep rhythm to save his life? Didn’t matter, we’d edit it later. Bass player won’t stop playing with his crayons and coloring book long enough to record his parts? Actually I don’t remember how we solved that one. None of these boys were very bright, but that guy… that guy had issues.

But the only one who really gave us a hard time was the one who did all the screaming. Talk about Lead Singer’s Disease. I’ve met Popes who were more humble. He was really into all kinds of bullshit conspiracies, too. What can you do with a putz like that other than try and get his parts recorded and quickly as possible and pray he loses your phone number?

So we finished the album. People over the age of 11 think the album is a dog with fleas, and musically, they’re right, I wouldn’t let my cat listen to this crapolla. But it broke the Billboard 200 and spent almost three months on the Heatseekers chart and I ended up getting my new car anyway. I bet on the world’s parents being bad at culturing their little brats, and I won big.

Say what you will about this band, but they have a sense of humor.