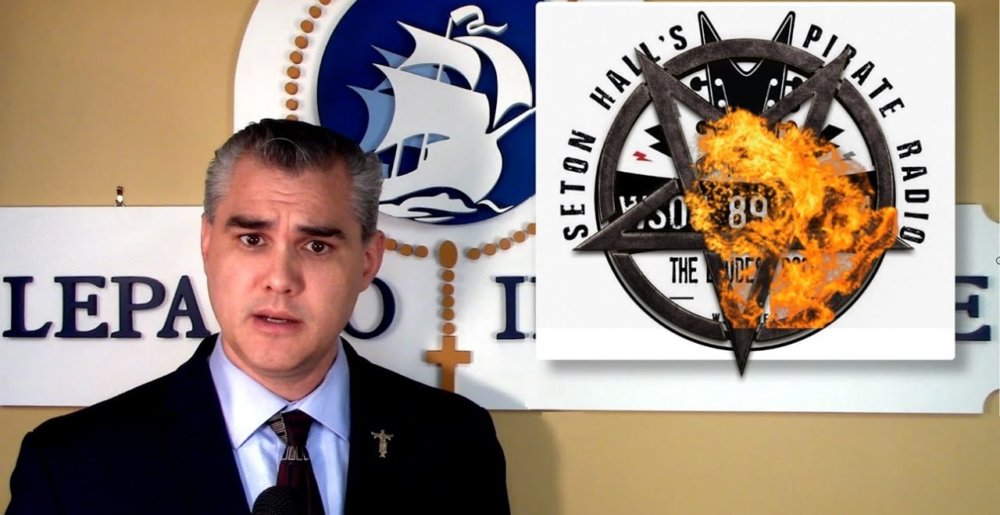 Radio station WSOU, launched in 1986 by Seton Hall University in New Jersey, has been a mainstay of the metal landscape in the U.S. for over three decades. The station has long been a lifeline for New York City-area metalheads, is an integral part of every metal band’s marketing/radio strategy for their new albums, and has since become available for anyone anywhere in the world to hear online. I grew up listening to WSOU, and we’ve worked closely with the station over the years here at MetalSucks on a few different series of content.

But the station has always been a target. Seton Hall, you see, is a Catholic University, and metal, well… you know, satanic imagery and all sorts of other sinful behaviors abound in our musical genre of choice. The University has mostly taken a hands-off approach to the student-run station other than occasionally censoring certain phrases and bands (on-air DJs long had to say “Lamb of G,” for example, and couldn’t play anything by Slayer), but those have largely been lifted in recent years as the stigma of metal in the world at large dissipates.

That brings us to The Lepanto Institute, an “organization dedicated to the defense of the Catholic Church against assaults from without as well as from within,” which suddenly has it out for WSOU and has published a series of missives directed at what it calls the “satanic, highly disturbing and viciously anti-Christian” station.

In a new 15-minute-long video, the Institute is calling on Cardinal Joseph Tobin, the Archbishop of the Archdiocese of Newark and Chair of the Seton Hall Board of Trustees,” to put an immediate end to WSOU’s broadcasts.” They’ve also launched a petition to encourage Cardinal Tobin to do the same, which at present has collected 190 signatures (the video has garnered 914 views). As you can see, this campaign is reeeeeally picking up steam!

Watch the video below, in which some herb in a suit reads from a teleprompter and painstakingly lays out the case for the “horrifying and shocking truth about what this radio station is pouring into the ears, minds and hearts of its listeners.” The comments are even better, so here’s a quick preview:

I say we launch our own petition to get this guy laid so he stops blaming the world for his repressed sexual desires. I’ve got five on it. Who else is in?

Whitechapel continue to push the envelope with their latest masterful release.

Metal in the Media 0
Catholic Protestors Seek to Shut Down “Satanic” Metal Radio Station WSOU
May 3rd, 2021 at 9:38am Vince Neilstein

Worst Week Ever 0
Fear Factory Drama, Behind-the-Scenes of the Guns N’ Roses Video Trilogy, and More Stories You May Have Missed This Week
September 18th, 2020 at 5:00pm MetalSucks