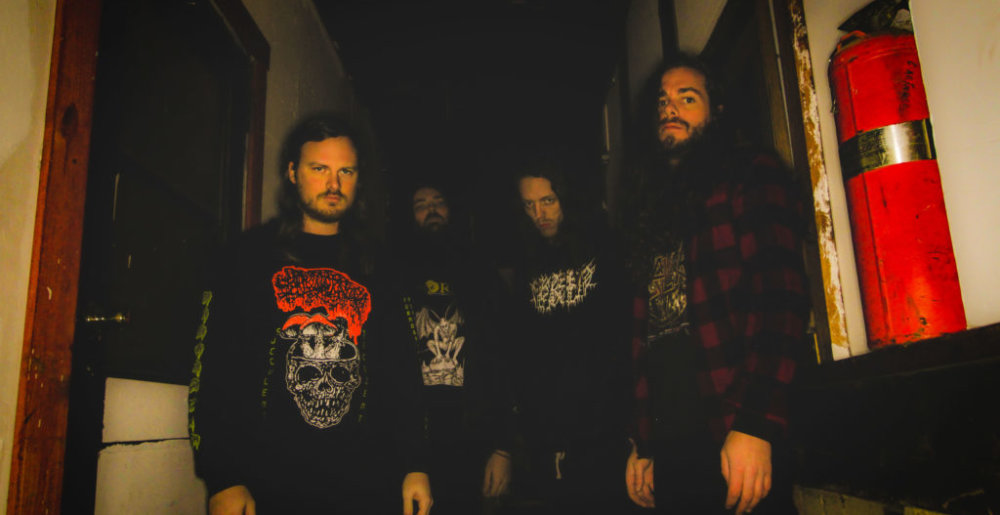 Far be it from MetalSucks to focus on ultimately superficial details — we have no history of that, nope, absolutely not! — but the members of Detroit thrash/crossover wrecking crew Plague Years are wearing shirts by Prince, Soundgarden and Deicide in their new music video for “Paradox of Death” (vocalist Tim Engelhardt opted for a non-band-specific Blackcraft Cult hoodie). There’s nothing about Plague Years’ music that’s particularly Prince-like or Soundgarden-esque — Deicide maybe a little — but I’d like to think that those iconic acts’ influence seeps into the very being of dudes who rep those shirts so hard; it’s in their music somewhere, even if it’s not immediately audible!

This much is certain: “Paradox of Death” rips. So, too, does the Justin Reich-directed video, which cuts between the band performing the track in a rehearsal-style setup and a plotline that begins with an occult drug deal of some kind. Guitarist Eric Lauder has more to say about that, noting:

“‘Paradox Of Death’ is a mid-tempo stomper. This is one of my favorite tracks and highlights Mike [Jurysta]’s incredible drumming. The song is a story about killing a snitch after he’s betrayed his people. Loyalty should never be broken. No mercy for rats. Never fold, never bend.”

There you have it: Prince and Chris Cornell would most certainly NOT approve of snitching.

Circle Of Darkness is out today via eOne on CD, digital, and vinyl formats; order here.

Tour de Force 0
Exhorder to Perform Entire Slaughter in the Vatican Album on Tour
September 23rd, 2021 at 9:03am MetalSucks