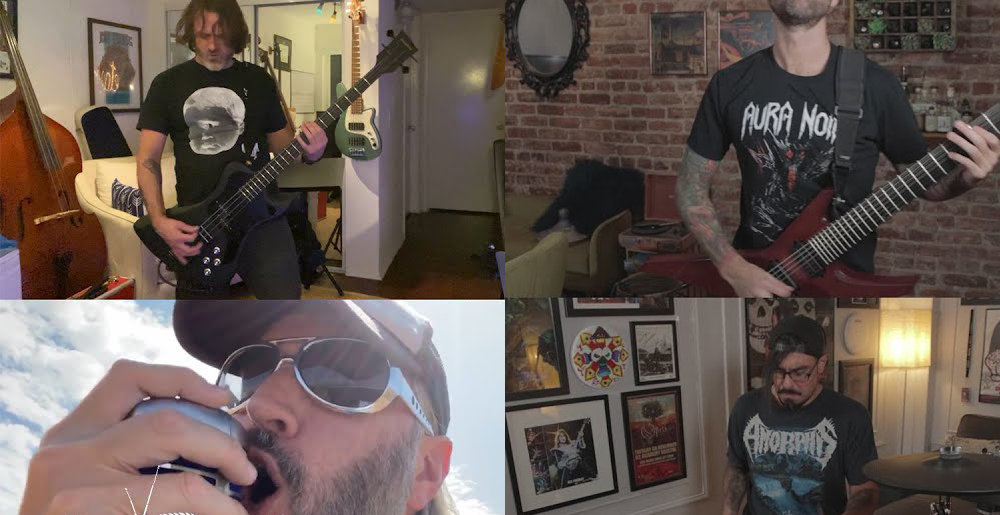 Following their virtual Slay at Home Festival in May, Metal Injection has now launched a Slay at Home monthly series, described as ” be a never-before-seen curated and interactive experience to discover new bands alongside big names, fun cover collaborations, and much more, all in support of a new charity.”

The inaugural edition, produced in support of National Alliance On Mental Illness for Suicide Prevention Month, brought together members of Mastodon, Revocation, Dethklok, and Nitesoil to perform a rendition of Megadeth’s classic, “Holy Wars… The Punishment Due.”

The participating musicians were:

You can watch video of the cover below.

Metal Sucks Greatest Hits
540 -
Glenn Danzig Shops for His Own Kitty Litter
0 -
Editorial: True Loyalty Means Admitting When Your Favorite Bands Suck
0 -
A Sh*tstain on the Ass of the Universe, #28: Lie or Liar
1840 -
The Final Word on Metal Drumming
0 -
Thirty of the Worst Metal Band Promo Photos of All Time
8790 -
The Top 39 Annoying Things That (Local) Bands Do