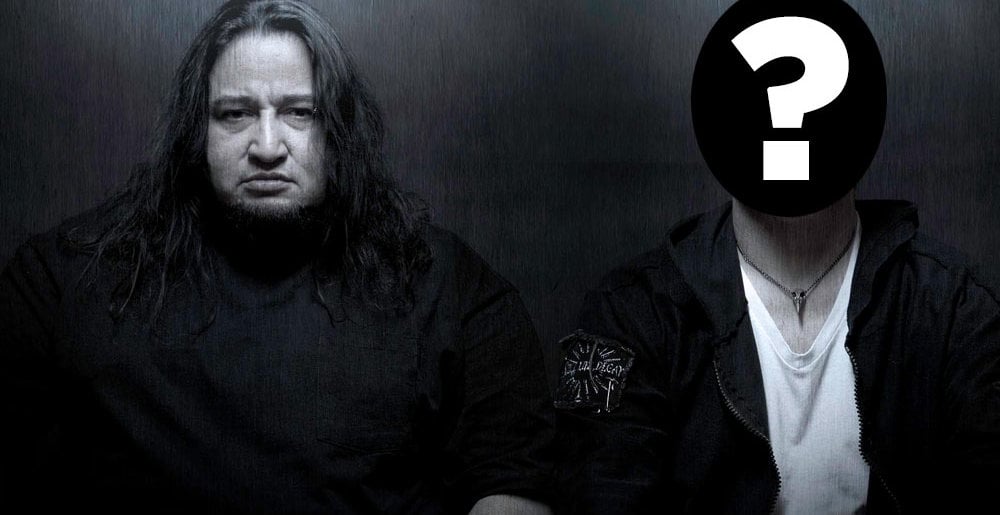 Fear Factory has become such a successful soap opera, I hear they’re thinking of turning it into a new show for Peacock.

The story thus far is best enjoyed if relayed/imagined in the voice of a stereotypical one-dimensional valley girl:

“Okay, so, like, Fear Factory made an album? And they said it was coming out? But then, like, it didn’t, because all these people were, like, suing each other? But then Dino Cazares ended up becoming, like, the boss of Fear Factory? And he wanted to re-record some parts of the album? And Burton Seabell was all, ‘It’s a scam!’, and then he was all, ‘I quit!‘? And then Dino was all like when your first boyfriend breaks up with you? He was like, “I’ll wait for you to realize I’m a major babe and come crawling back, Burton, but I won’t wait forever!’?”

Which brings us to the present, in which there are a healthy portion of Fear Factory fans on the Internet who have made it clear that they don’t consider Fear Factory to be Fear Factory without Seabell. I would argue this is a fair stance; the singer has been, to date, the band’s sole consistent member. And replacing a vocalist is a notoriously tricky task. If the singer from your band’s classic line-up is alive and able to hold a microphone and make sounds from their mouth, fans want to see the band with that singer.

When Vince interviewed Dino shortly after this brouhaha began, he said that “Time and again, when we raise the issue, Cazares expresses confusion as to why fans are distraught” about the idea of a Seabell-less Fear Factory. And based on a since-deleted tweet in which the guitarist addressed to these fans, it seems that he’s still confused:

“Why are some of u being so selfish and so against me giving another singer the opportunity to sing for Fear Factory ? I truly want to help someone make a career for themselves. Why stop cause someone quit, I’m not quitting my job with FF cause someone doesn’t want to do it.”

The cynical assumption would be that Cazares is being willfully obtuse for the sake of keeping Fear Factory alive (I mean, he can’t very well say “Yeah I agree this isn’t really Fear Factory anymore” and then go tour under the Fear Factory brand now, can he?). The fact that the tweet is gone now speaks volumes; someone on his team told him calling his fans “selfish” — especially after they just helped him crowdfund the new FF album — is not a great look.

But I think it’s entirely possible he earnestly doesn’t understand why fans are putting so much emphasis on Seabell’s import. Look at it from his perspective: Seabell continued Fear Factory without Dino, so why shouldn’t Dino be able to continue Fear Factory without Seabell?

Naturally, though, there’s a counter-argument to that, which is the Fear Factory records that didn’t include Cazares did include Raymond Herrera and Christian Olde-Wolbers in addition to Seabell. So technically, they had 75% of the classic line-up intact. While the new Fear Factory album will presumably still have Seabell’s vocals, any touring version of the band will ostensibly be Dino Cazares and some likely-very-talented hired guns. It will be Divine Heresy with a cooler name and a better back catalogue.

So it’ll be interesting to see how this plays out. In the meantime, Cazares can rest easy knowing Gus G. has his back:

“I can only speak for myself but I can relate Dino. I’ve gone thru 5 singers in [Firewind], got a lot of shit but we’re still here & putting out great albums (imo).The brand is bigger than the members,I see nothing wrong continuing with a new singer. Would love to hear new FF album.”