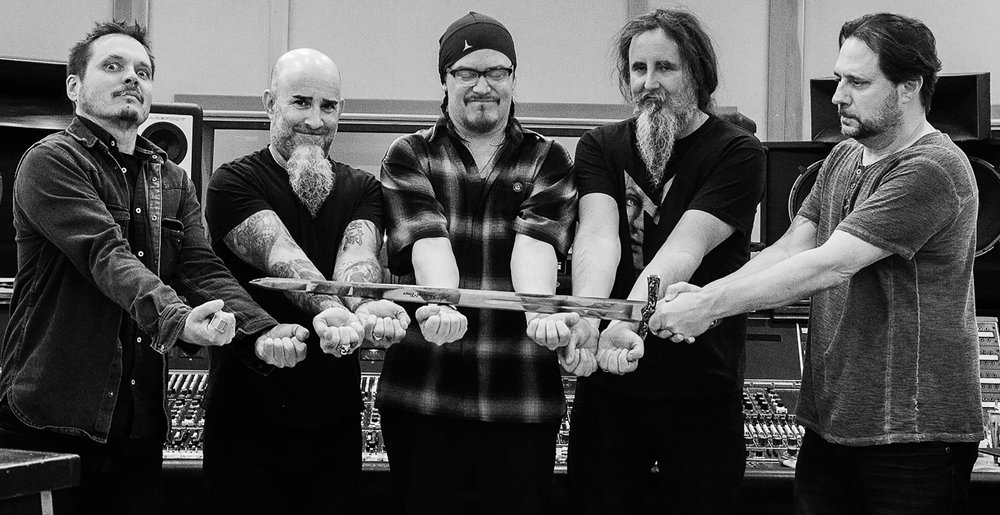 You know what you WON’T be doing this Halloween? Trick or treating. Bummer.

But you know what you WILL be doing this Halloween? Enjoying Mr. Bungle’s The Night They Came Home!, which a press release describes as “a virtual live concert experience… [featuring] a performance from the current incarnation of Mr. Bungle: Mike Patton, Trevor Dunn, Trey Spruance, Scott Ian and Dave Lombardo.” Which is extra super-duper-special if you, like me, are one of the schmucky fans who didn’t get to see any of the band’s reunion shows earlier this year.

Tickets are available now for fifteen bucks at this link. The first screening airs at 12 noon pacific/3 pm eastern on Oct. 31, with the on-demand program available for the following 72 hours. There are also various merch bundles available, as is de rigeur with these events. Watch a trailer for the event below.

Not-coincidentally, the day before the performance, this same incarnation of Mr. Bungle will release their first new album in 21 years, The Raging Wrath of the Easter Bunny Demo, via vocalist Mike Patton’s own Ipecac Recordings. That release will feature a re-recording of the band’s super-rare 1986 demo, as well as some previously-unreleased songs, such as the recent single, “Eracist.” You can pre-order that bad boy right here.

Not be confused with Slipknot’s “Devil in I.”