Metal Sucks
Metal Sucks Would You Pay Alice Cooper a Hundred Bucks to Read You a... Manager Confirms That Van Halen Were Plotting a Reunion...
- Tweet SHARE
Enlarge
Events 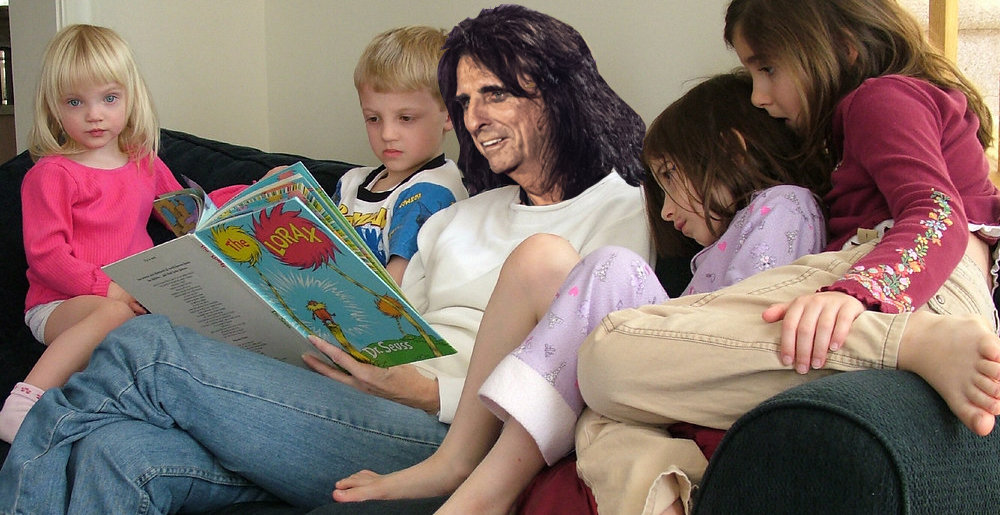 Would You Pay Alice Cooper a Hundred Bucks to Read You a Scary Story?

If you’re looking for something fun to do this socially-distanced Halloween season and you’ve got a hundred bucks to spare, this might interest you: Airbnb — yes, that Airbnb — will be hosting “Spooky Story Time with Alice Cooper” on October 31.

And just what will that entail? Says Alice himself:

“Love a good scare? Me too.

“With Halloween all but canceled, we’ll have to take our penchant for terror to the scariest place I know – the internet.

“Join me for a spooky story session to celebrate the season. We’ll read about spiders and spirits, goblins and ghosts and monsters and mutants – all of my favorite things, really. And we’ll do it in full costume.

It’s hard to imagine anything scarier than Cooper’s horrifically saccharine recent single, “Don’t Give Up,” but this should be fun, too.

The event will raise money for North Star Reach, “a therapeutic camp for children with chronic illness.” While only ten families will be able to participate, the reading will be “recorded for more fans to watch both on Airbnb.com and on YouTube.” So it sounds like even if you can’t afford the ticket right now or you’re just not lucky enough to be part of one of those ten families, you’ll have an opportunity to check this out at some point.

Tickets go on sale next Wednesday, October 14 at this link. The actual event will take place one week later, on October 21.

This is Cooper’s second big mitzvah this year: he recently announced his own line of chocolate milk, the proceeds from which will be donated Solid Rock, the singer’s charitable foundation. So let no one ever say the dude never gives back.

Metal Sucks Greatest Hits
0 -
Type O Negative’s Peter Steele Once Punched Chino Moreno In The Face for Inciting an Onstage Riot
0 -
A Sh*tstain on the Ass of the Universe, #28: Lie or Liar
0 -
West Texas A&M University Launches Course in Metal Lyrics
0 -
Hallowed Be Thy Game: Brütal Legend is a Love Letter to Heavy Metal
0 -
Rigged: Wintersun
0 -
Etienne Sin: What the Actual Fuck