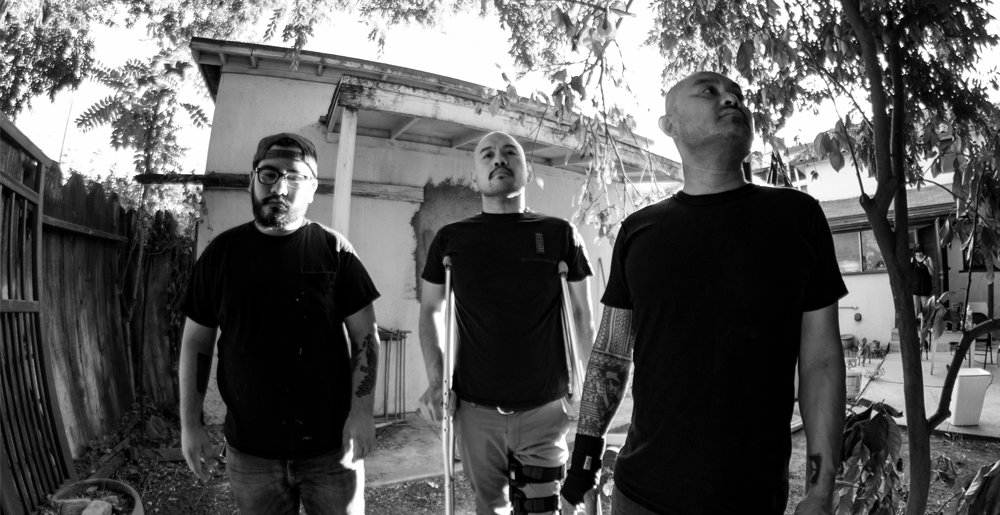 Don’t let the name of Moxiebeat‘s new album, Pop Sounds, fool you: there is NOTHING poppy about this record. Produced by Torche’s Jonathan Nuñez, Pop Sounds offers up eighteen blistering tracks of vitriolic, grind-tinged hardcore that demands you get out of your seat and break something… in fact, the band says that Pop Sounds covers such topics as “death, despair, isolation, vulnerability, justice, activism, and destroying shit.”  Maybe the “pop” to which the title refers is the sound of joints dislocated in the pit? Just speculating.

Regardless, the rage Moxiebeat display on Pop Sounds feels especially cathartic because it’s powered by earnest social consciousness. The California trio have, in their own words, “worked to push their ethics in the form of creating local safe spaces for artists and activists,” including their label, Ethnospine Records, and their now-defunct “Riverside community radical space,” Blood Orange Infoshop, which hosted shows by bands like Graf Orlock, Cloud Rat, Thou, and The Body. Pop Sounds is scheduled for release on October 30, just in time for the election — making it one of the year’s most fiercely relevant extreme music releases.

MetalSucks is proud to debut “Long Term Future Society,” a track that exemplifies everything kick-ass about Pop Sounds.

“This song is about the continuous effort of building a community that engages in the idea of ‘What kind of society do we want to live in?’ What we envision is the abolishment of ICE, defunding police, prisons being obsolete, education reform, a right to health care, accountability, and mutual aid. A society that isn’t polluted with greed and waste. We ‘demand the impossible tomorrow since yesterday.’ Oh and to be clear BLACK LIVES MATTER.”

Listen to “Long Term Future Society” below (the lyrics to the track are below that). Then make sure you pre-order Pop Sounds here!

We’ve only begun to scratch the surface
Everyone has already lost their mind
Tired of waiting, explaining, where we left off and where we’re going
Progress has only been incremental
Like a technician losing ambition
Plugging away at broken ideas
Criteria hysteria
Latency emergency contingency
We blew the breaker
We’re getting closer