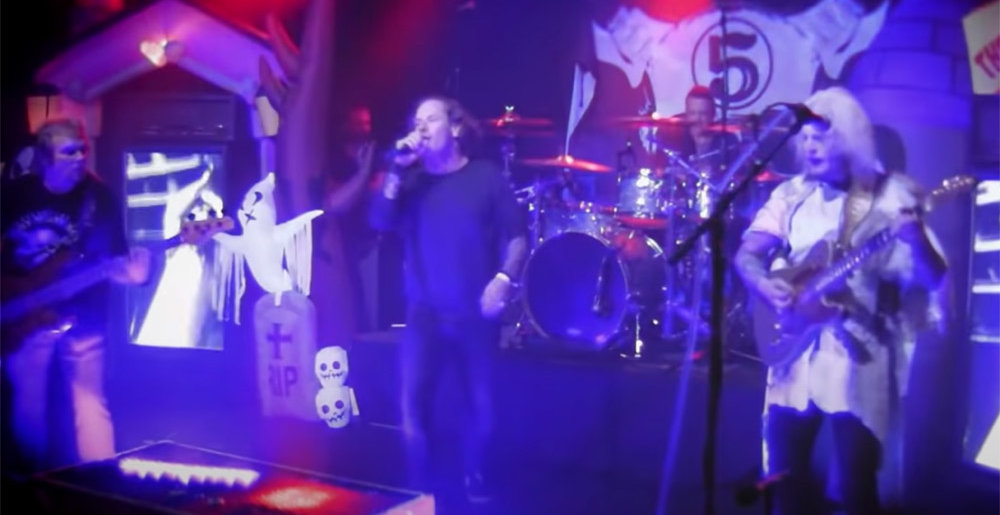 Well, this is neat: guitarist John 5 (of Rob Zombie and Marilyn Manson fame, but also an accomplished solo artist) has shared a previously unreleased performance video of his band, John 5 and The Creatures, covering Van Halen’s version of The Kinks’ “You Really Got Me.” What’s more, the live rendition features Corey Taylor on vocals and Michael Anthony on bass!

The performance, which comes from the same 2019 show that was released this past summer on John 5’s Live Invasion record but was kept under wraps until now, features Taylor doing an admirable David Lee Roth impression, high-pitched yelps and all, and a visibly jazzed Anthony on bass on backing vocals. John, whose general playing style is very obviously influenced by Eddie, unsurprisingly has all the guitar parts down to a T.

John 5 himself, posting the video on his YouTube channel, offered:

“It’s difficult to put into words the impact that Eddie Van Halen had on my life. There’s no one that influenced me more than Eddie, he was an inventor an amazing songwriter and the greatest guitar player that ever lived. R.I.P my friend. As a special tribute here’s an unreleased track from the LIVE INVASION album featuring Michael Anthony, Corey Taylor and Fred Coury from The Whiskey which was one of the venues Eddie played the most in L.A.”

Have a watch below.

Metal Sucks Greatest Hits
0 -
Rigged: Wintersun
0 -
Verax’s Terrible “Time Wasters” is a Great Waste of Time
0 -
11 Bands You’d Get Made Fun Of for Liking Back In The Day
0 -
Someone Made a Lemmy Doll from a Mr. Potatohead
0 -
Video: Jon Bon Jovi Mangles “Livin’ On A Prayer” During Nashville Show Opener
0 -
Meet Hatebreed’s Smallest Fan