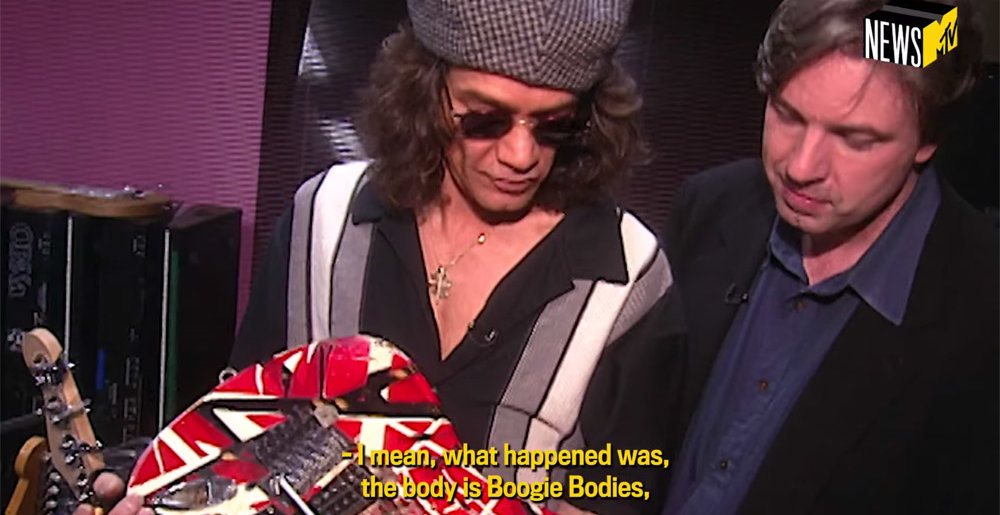 In the wake of Eddie Van Halen’s death — which I’m still very much feeling over a week later, and I know I’m not alone — a treasure trove of content from the past has been re-released; various sound bites, videos, plain old word-of-mouth stories and the like.

One of the most fun such pieces I’ve come across is this video of Eddie taking MTV on a tour of his legendary home studio, 5150, edited down into a seven-and-a-half minute clip that aired in 1998 (I can only imagine how much of the footage they shot ended up on the cutting room floor — I’d watch ALL of it if I could).

Among the highlights of the video:

And so much more. Like I said in the headline, it’s a must-watch.

Metal Sucks Greatest Hits
0 -
Editorial: The Metal Community Must Stop Letting Phil Anselmo Off the Hook for His Racist Remarks
0 -
Dave Mustaine Mourns the Loss of Twinkies, Endorses Secession
0 -
Why are metal fans hopelessly stuck in the past??? :(
0 -
Clothing Chain H&M Creates Fake Metal Bands to Sell Merch, Releases a Song Called “Vaginal’s Juice Dripping into Cadaverous” [UPDATED: No, They Didn’t]
0 -
Let’s Talk About Rammstein’s Controversial “Deutschland” Video
0 -
Joey Jordison Claims He Was Fired from Slipknot Via a Singing Telegram