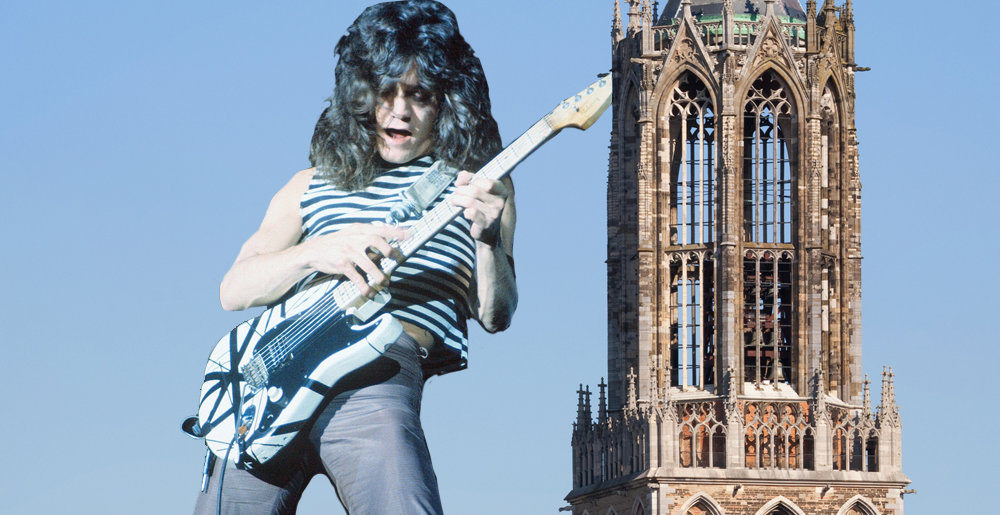 The weeks since his death, everyone from his former bandmates to Machine Head’s Robb Flynn to NYC street artists have been paying homage to the late, great Eddie Van Halen. Now we have another terrific tribute to the honorary guitarist, this one coming from Malgosia Fiebig.

And who, pray tell, is Malgosia Fiebig? Glad you asked: Ms. Fiebig is the city carillonneur of Utrecht and Nijmegen, two cities in the Netherlands, the former of which is home to the Dom Tower, the tallest church in the country. Following Eddie’s passing, Fiebig took to the carillon in the Dom Tower to belt out a Van Halen medley — including “Love Walks In,” “Why Can’t This Be Love,” and “Jump” — for all the city to hear.

As you’re presumably aware, Eddie and his brother, drummer Alex Van Halen, were born in Amsterdam. Their family immigrated to Pasadena, CA when Eddie was seven and Alex was nine. So that makes Fiebig’s gesture all the more touching.

You can check out video of the tribute below.

Metal Sucks Greatest Hits
0 -
The Secret 2 a Successful Career in Music
0 -
Someone Made a Lemmy Doll from a Mr. Potatohead
0 -
Why There Will Never Be Another Metal Band as Big as Metallica
300 -
Sebastian Bach: The MetalSucks Interview
0 -
Meshuggah’s Jens Kidman is Now a Meme
0 -
Rigged: Luc Lemay of Gorguts