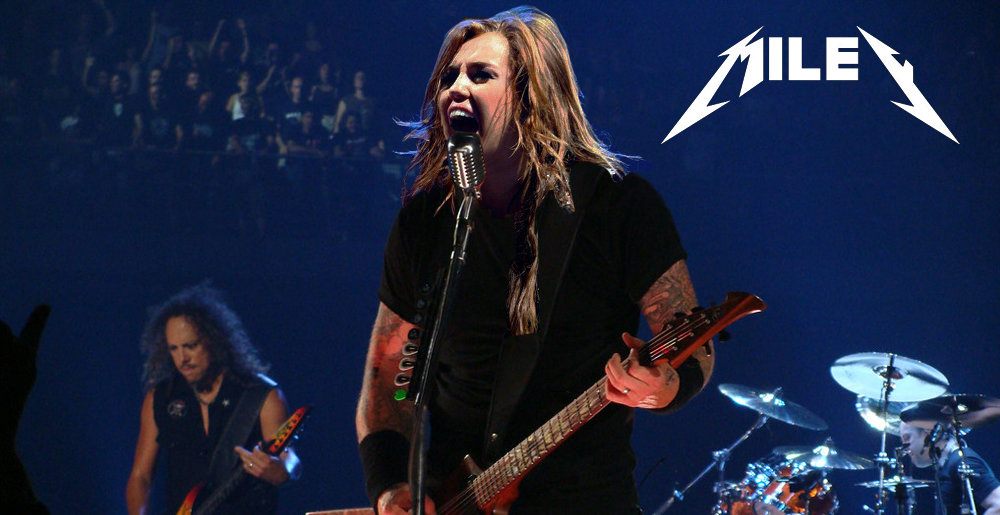 In news certain to make old people angry for no real good reason, Miley Cyrus has revealed to Interview that she is “working on a Metallica cover album.”

Last year, Cyrus covered “Nothing Else Matters” at the Glastonbury Music Festival (audio below). So we can assume that song will be on the covers release.

And if you really wanna feel old, be aware that Ms. Cyrus was -14 months when The Black Album was released.

Bitch about or celebrate Miley’s Metallica album in the comments section.

Metal Sucks Greatest Hits
0 -
L.A. Band Threatin Faked a Fanbase To Land a European Tour No One Attended
0 -
David Lee Roth on Van Halen Brothers: “We Have Always Hated Each Other”
0 -
Clothing Chain H&M Creates Fake Metal Bands to Sell Merch, Releases a Song Called “Vaginal’s Juice Dripping into Cadaverous” [UPDATED: No, They Didn’t]
0 -
Heavy Metal Drinking Games
0 -
Photos of Metal Musicians When They Were Kids
0 -
Science Explains How Metal Singers are Able to Scream Without Damaging Their Vocal Cords