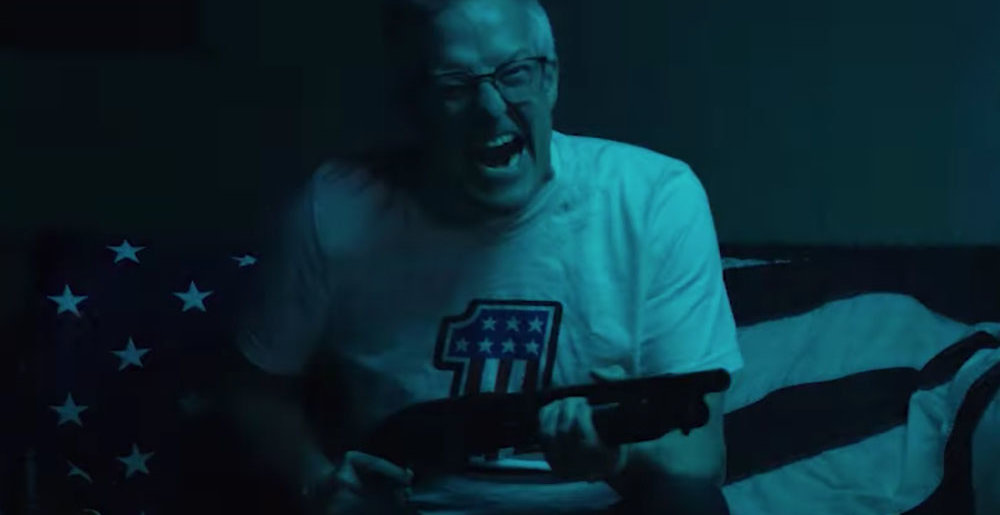 Having said that… I don’t think this material is very strong. Patrick’s vocal performance, which sounds like a cross between David Bowie and Chris Cornell, is solid enough, but the hook isn’t very strong. It ends up feeling like a lesser iteration of “Thoughts and Prayers,” the song about school shootings that Filter released over the summer.

Hopefully, other Filter fans will dig it more than I do, because Patrick also tells Alt Press we shouldn’t expect a full album anytime soon:

“Right now, my thing is releasing singles one at a time. Because they’re topical, and they get out faster. The new Filter record… There’s like two or three songs I did with Brian [Liesegang, original co-founding member]. Then there’s a bunch of songs I’m doing with my friend Alex Crescioni, who’s more of a metal guitar player. And of course, Jonny Radtke. These last couple of years, especially with Crazy Eyes [2016], I just feel better being angry and industrial.”

Check out “Murica” below. You can read the entire interview with Patrick here.

Patrick will NOT be one of the members of Nine Inch Nails to be inducted into the Rock and Roll Hall of Fame on November 7. And in case you’re wondering, no, he isn’t happy about it.

Everyone's Replaceable 0
Filter’s Richard Patrick Explains Why He Quit Nine Inch Nails to Start His Own Band
September 23rd, 2020 at 10:38am Vince Neilstein

Trent Reznor was the only boss Rich Patrick has ever had.