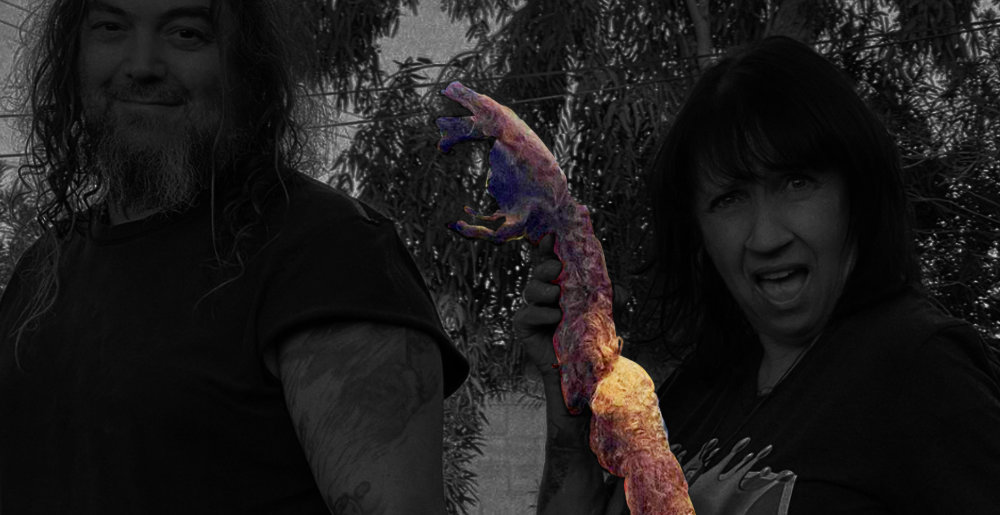 Since being emancipated from the Soulfly frontman last week, the 23-year-old piece of giant matted hair has been the center of attention on social media and online news sites (this one included).

MetalSucks recently caught up with Max Cavalera’s Mono-Dreadlock by phone to discuss the decision to finally separate from Max, how he’s dealing with all the public scrutiny, his plans for the future, and more.

Can’t complain. Thanks for taking the time to do this.

Happy to, man! I love MetalSucks. A lot of dreads do — Benji Webbe’s Dreads, Brian Fair’s Dreads… even Chris Barnes’ Dreads! Although Barnes’ Dreads have to do it on the DL, because Barnes hates you guys.

Fair enough. So how does it feel to be cut off from Max after all these years?

I tell you what, man — it feels great not having that thing around. It was good, but it had its time. It was time to go; it was time to move on. I feel like I’ve been liberated. Max was very heavy, man.

Had you and Max discussed separating beforehand?

No, man, actually it was kind of out of the blue. I woke up one day and I told my wife [Gloria Cavalera], ‘I think I wanna cut myself loose.’ And she was very surprised, ’cause I’ve been with Max for 23 years. She [was, like], ‘Really? Seriously?’ And I was, like, ‘Yeah, it’s bugging me. Max is very heavy. I kind of feel like I need something new, something fresh in my life.’ So we just did it.

It was a Sunday afternoon at my house. We were having a family dinner. I just went in the backyard and she had a pair of scissors, and [I said], “Cut it off. Just cut it off. Let’s not make a big deal.” But she took a picture and posted the picture. And that was a problem. That was where the shit hit the fan [laughs].

So you weren’t expecting people to freak out the way they did?

What happened to Max after you were cut loose?

No idea, man. I think [Gloria] wants in the recording studio in the house and then to do something with him eventually in the future. Those are manager things that I don’t get involved with, manager decisions [laughs].

So what’s next for you?

Actually, man, I’ve been hanging out with Igor Cavalera’s Partial-Dreads from the Chaos A.D. era. We’re gonna start a band. We’re gonna call it Cavalera Cutspiracy, and our album is gonna be called Roots. Get it? We already have some songs demoed — “The Hair,” “Stronger Than Hair,” “Fuel the Hair,” “I Speak Hair”… it’s gonna be great!

Reunion Mania 0
Max Cavalera Says There Could Be an Original Soulfly Reunion
August 11th, 2022 at 11:25am Em Shadows