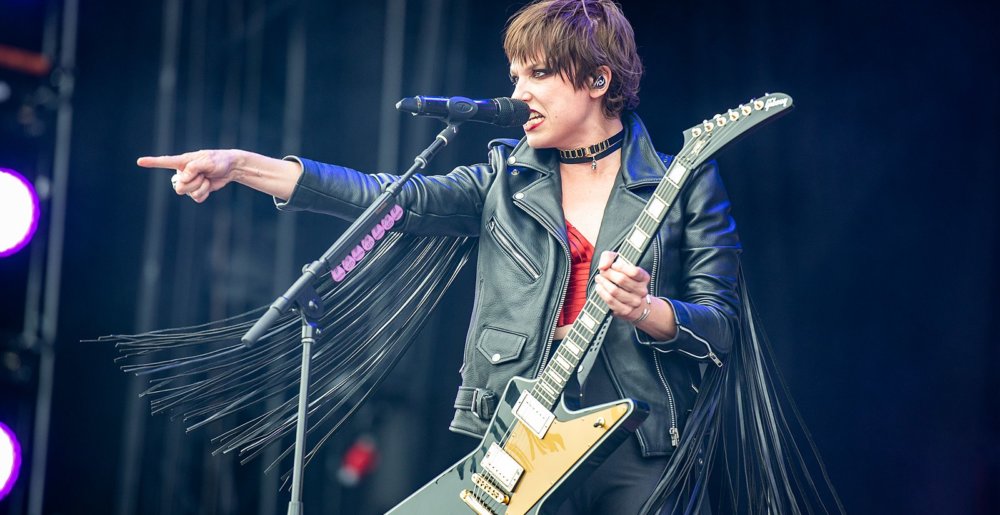 In a lengthy missive posted to social media last month, Halestorm frontwoman Lzzy Hale implored her fans to vote against Donald Trump without mentioning his opponent, Joe Biden, by name, attempting to strike a non-partisan tone.

Now, in a new post, Hale has gone that extra step and endorsed Biden by name, although she’s qualified that statement by rhetorically asking whether Biden is going to save the world (“I don’t know,” she muses sarcastically).

I think Hale feels how many of us do: Biden is far from perfect, and not the person we truly would love to see running the United States, but when juxtaposed with our current administration it’s an easy choice to make.

In her latest post, Hale shared an image spoofing one of the best known catch phrases from 1998 classic film The Big Lebowski, featuring a photo of Jeff Bridges’ iconic character with the slogan “Abiden 2020” and the caption “Shut the fuck up Donny!,” another famous quote from the film. She added:

If you’re not already registered to vote it’s likely too late to do so (depending on where you live), but if you are registered and you’re considering not voting, what the fuck?? Even if you don’t live in a swing state, there are likely important down-ballot elections for Senate, House and local offices in your area that are consequential.

Thank you, Lzzy, for taking a stand. If only more musicians in the active rock world would.