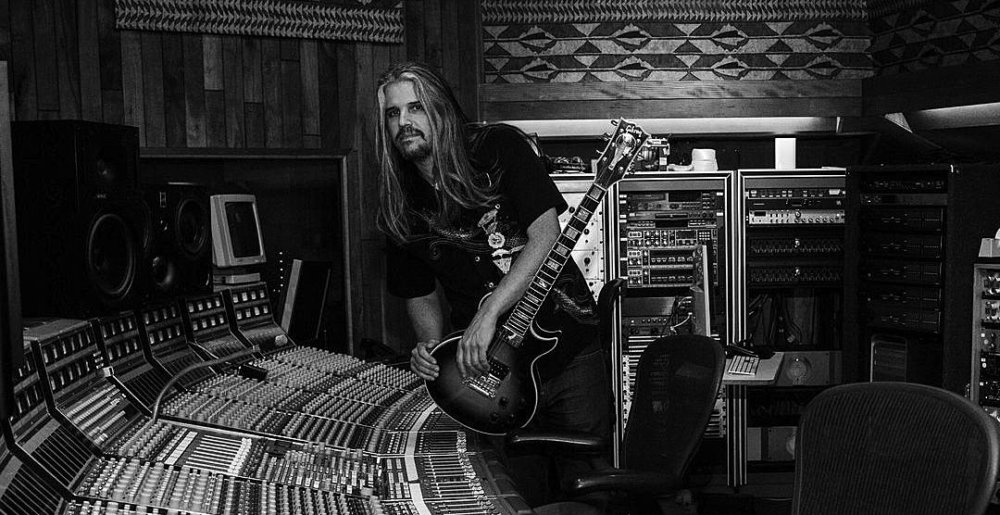 Remember those beautiful Adam Jones signature guitars Gibson just released in honor of the mercurial Tool guitarist? And how we salivated all over their glorious glory? Some thief has just stolen 13 of them, the value of which totals nearly $95,000. And it looks like it was an inside job.

The guitars, which were loaded onto a single pallet for shipping, were stolen from a truck belonging to online music powerhouse Sweetwater Music. The heist took place on October 30 at a Flying J Travel Center, a truck stop chain, in Whiteland, IN en route to Sweetwater’s headquarters in Fort Wayne, IN.

Sweetwater Chief Supply Chain and Merchandising Officer Phil Rich posits it was an inside job, noting:

“Somehow out of a truck full of guitars, this ONE pallet was singled out and stolen at a truck stop. Totaling close to $95,000 in guitars, we feel this person/s knew exactly what to look for and when.”

What’s more, with only a very limited number of these guitars manufactured and an instant sell out upon announcement, the 13 instruments in question were on their way to their owners… who now will likely never receive them or have a chance to buy another. Cesar Gueikian, CMO of Gibson, explains:

“These guitars were the dream guitars of 13 Gibson and Adam Jones fans, who had been patiently waiting for them to be delivered. We have decided to publish the serial numbers of the 13 stolen guitars and are appealing to all of Gibson’s fans to keep an eye out for them and let us know if they surface. Our fans should ask any third-party sellers for a serial number before purchasing to be sure they are not being sold one of the stolen guitars.”

You can view the serial numbers at the bottom of this post. Anyone with information regarding the guitars should contact Detective Kenny Polley of the Whiteland Police Department at [email protected] or (317) 535-8100.

The Adam Jones 1979 Les Paul Custom guitar, featuring the silver burst design he’s been seen performing with for years, is a limited-edition guitar from Gibson Custom Shop Murphy Lab. A limited offering of 79 of them have been precisely aged by the expert luthiers and craftspeople of the Gibson Custom Shop Murphy Lab — led by Tom Murphy — then signed and numbered by Adam himself. An additional 179 for 2020 feature exclusive silkscreen artwork on the back of the headstock, created by Joyce Su and Adam. The two also collaborated on the design for the custom hardshell guitar cases housing each instrument.