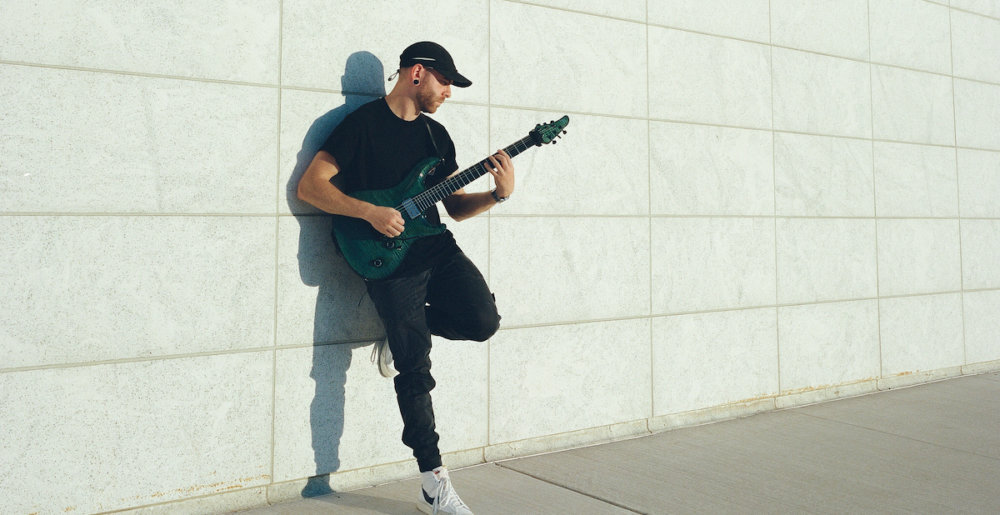 “‘String Theory’ features one of my all time favourite guitarists, Marco Sfogli, and I’m hyped for you guys to hear his contribution on this tune.”

Circadian was co-produced by Marshall and fellow Torontonian, Sam Guaiana (Silverstein, Obey the Brave, Like Pacific) – marking the first time the esteemed producer had ever worked on an instrumental record. It was also the first time that most of the work on an Intervals record was done locally in Toronto. As a result, Marshall had the opportunity to be more involved in the production and mixing process than ever before.

Circadian is meant to be viewed as a singular piece, with obsessive attention paid to the flow of the record. It’s full of motifs, cadences, and themes that are revisited throughout the record and even recalled from previous releases. Circadian intentionally clocks in at eight songs and roughly 40 minutes, as Marshall gave considerable thought to where the sweet spot between listener satisfaction and desire to immediately play it back was. Every minute detail surrounding the record has purpose, and builds towards an all encompassing experience.

Set to hit North American roads in November and December.

Aaron watches and reacts to fans covering music from throughout his catalogue and new album.

Here’s your guide to all of this week’s heaviest new releases! Includes AC/DC, Intervals, Macabre, and more!!!

Metal Sucks Greatest Hits
0 -
France’s Got Talent, too: Beautiful French Girl Performs Heavy Metal Song on TV
1210 -
MetalSucks Exclusive: Behemoth Frontman Nergal’s First Interview Since Being Diagnosed with Leukemia
0 -
Chad Kroeger and Avril Lavigne Finally Wrote a Song So Awful that the Internet Has Collectively Rejected It
0 -
What is the best subgenre of metal?? *please read*
3520 -
RIGHT NOW: MetalSucks & Metal Injection Live Snark The Big Four!!!
0 -
Someone Made a Lemmy Doll from a Mr. Potatohead