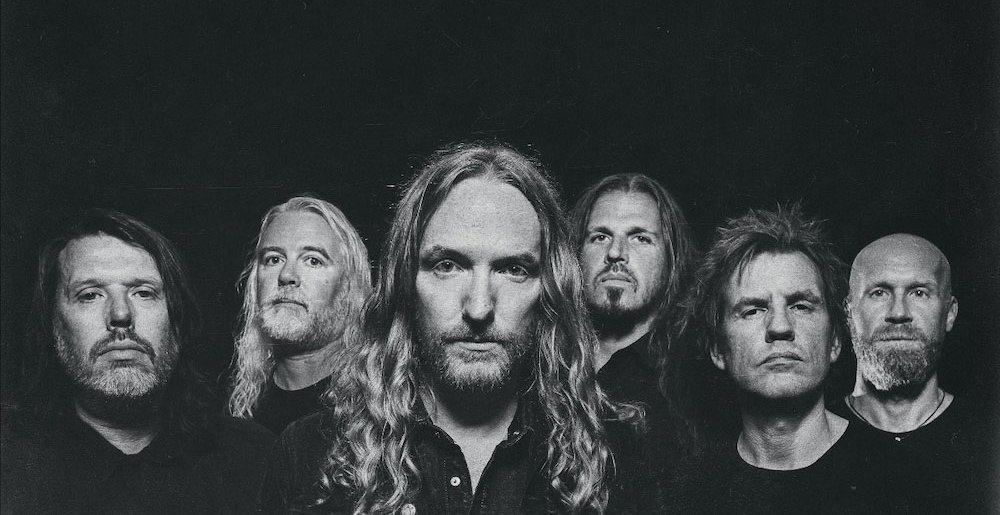 Dark Tranquillity frontman Mikael Stanne was our guest on a recent episode of The MetalSucks Podcast, where we discussed the band’s new album, Moment, their plans to eventually play it live on the road, and what they’ve been up to in the four years since their previous album, Atoma.

Dark Tranquillity completely swapped out their entire guitar attack in that time frame, adding Chris Amott (ex-Arch Enemy, Armaggedon, etc.) and Johan Reinholdz, both of whom had been touring with the band as fill-ins for some time already, to replace founding member Niklas Sundin and Martin Henriksson. Stanne explained to us how all that came about:

“Niklas left the band shortly after ‘Atoma,’ or at least he decided to focus on family and not do any touring. So when we went out with that album we were like, ‘OK, we need not one but two guitar players, how do we do that?’

“Niklas suggested Johan Reinholdz whom he had worked with, he had done a cover for one of his projects before and I had also done some guest vocals on one of his projects as well (NonExist, an album that just came out). And then we started talking about, ‘Maybe Chris is available? You know, we know him, he’s awesome and he’s not with Arch Enemy at the moment so you know, why not?’ We asked him when we were in New York where he was living at the time and he said, ‘Yeah, sure, let’s do some festivals. That would be awesome!’

“So we kind of started like that, trying to figure out if we can be on stage together and how it feels. Immediately, it felt right. We had a blast together. These guys are incredibly talented, obviously, so that was never an issue, but they were really into it so we just had a great time.

“Then we said ‘OK, how about the next tour or the next festival run?’ And we all said, sure let’s do it. We’ve continued ever since and then when we started planning out the record, we just asked them to stay for the duration, ‘Let’s do this properly.’

“We agreed that that’s the way to move forward and I’m really happy with it. It’s been three years since they joined, pretty much, and it feels like way longer. It just felt right. Everything just clicks and feels the way it should.”

Moment comes out on November 20; order it here, and listen to its first single, “Phantom Days,” below.

You can stream our full chat with Mikael below as well, or do so right here.

Sponsored Links from Across the Internet
Show Comments
Related Articles
Podcast 0
The Halo Effect’s Mikael Stanne on The MetalSucks Podcast #449
August 1st, 2022 at 10:00am Emperor Rhombus