Metal Sucks
Metal Sucks Lars Ulrich Compares Metallica to The Grateful Dead System of a Down Guitarist is “Not Expecting”...
- Tweet SHARE
Enlarge
What the...?? 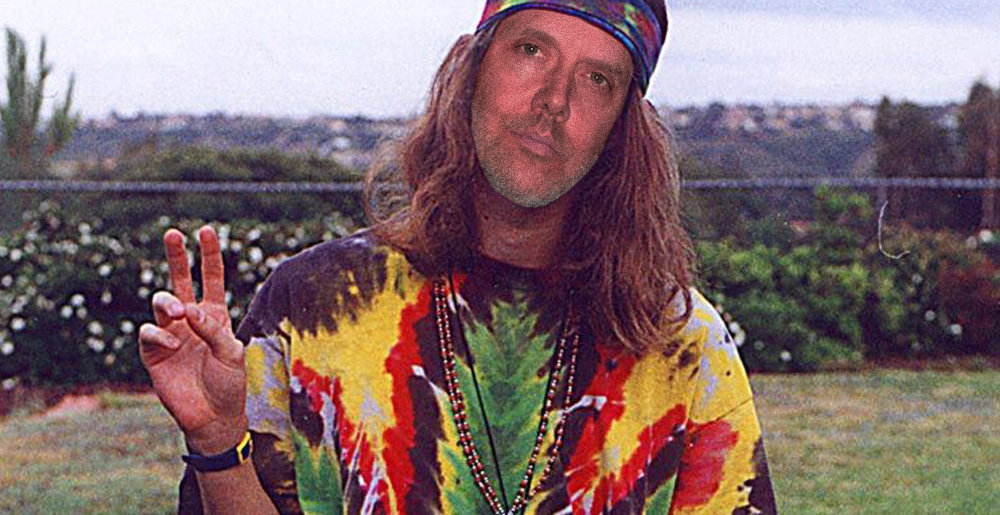 When one thinks of Metallica, images of lazily swaying hippies, tie-dye, hallucinogenic imagery (and drugs) and legions of devotees who follow the band on tour aren’t likely to come to mind. But according to drummer Lars Ulrich, he sees an important parallel between the career of his band and The Grateful Dead despite the massive gulf between both bands’ music and fanbases.

Speaking to Kara Swisher at the CNBC Evolve Summit on November 10, Ulrich was asked if he thinks the Covid-19 pandemic has forced Metallica to interact with their fans more directly. His answer:

“I guess there’s two ways to go with that answer. As far as Metallica is concerned, we have our own record label. We pretty much try to control all the different elements in our little bubble and our little ecosystem. We have a P&D [Pressing & Distribution] deal with Universal in Europe, but we try to maximize and do the best thing that we can in all the different parts of the world. And so we like to control. We’re financially independent.

“We sort of model our existence, somewhat, on Grateful Dead, who really considered themselves to be living outside of the mainstream and just [functioned] in their own world. And that’s been our dream — to just be independent, autonomous, to be able to create the music, not owe anybody any money, and just really be independent in every sense of that word.

“So when you say who has the control, we like to think in our bubble that we do, but, obviously, we’re also very fortunate in that we can channel the success that we’re so grateful for into financial independence.”

As odd as it may seem to compare Metallica to the Grateful Dead, he’s not wrong to suggest that both bands have been incredibly successful in creating and maintaining their own bubbles of fans and spheres of control. I’d argue that Metallica exist far more inside the mainstream than the Dead, but that’s kinda beside the point: both bands have their own completely independent ecosystems that don’t require much outside support. In Metallica’s case, every piece of content you see and hear comes directly from their in-house team: albums, DVDs, concerts, merch, livestreams, YouTube videos, you name it. It’s quite impressive, really.

I’d intended to embed a heavy cover of a Grateful Dead tune at the bottom of this post for emphasis, but YouTube is shockingly devoid of them. Someone get on that! Rob Scallon, you out there?

Metallica have stayed busy during the lockdown in a number of ways. In May, they released a semi-acoustic, reimagined version of “Blackened.” Then, in August, they hosted a pre-recorded drive-in concert at hundreds of outdoor movie theaters and just released a recording of last year’s S&M2 concert. A re-worked version of “Nothing Else Matters” is scheduled to appear in Disney’s upcoming Jungle Cruise movie starring The Rock and Emily Blunt, and the band just hosted a livestream performance for their All Within My Hands charity foundation.

Metal Sucks Greatest Hits
0 -
Watch This Kid Perform Europe’s “The Final Countdown” Entirely with Hand-Farts
0 -
‘Til Death Do Us Part: Metal + Hard Rock Musicians’ Wedding Portraits
450 -
Free Download for Your Listening Pleasure: NYC Sucks, Volume 1, Featuring The Best of New York City’s Metal Scene
0 -
Editorial: The Metal Community Must Stop Letting Phil Anselmo Off the Hook for His Racist Remarks
0 -
Why are metal fans hopelessly stuck in the past??? :(
0 -
This Dude Sounds EXACTLY Like Layne Staley