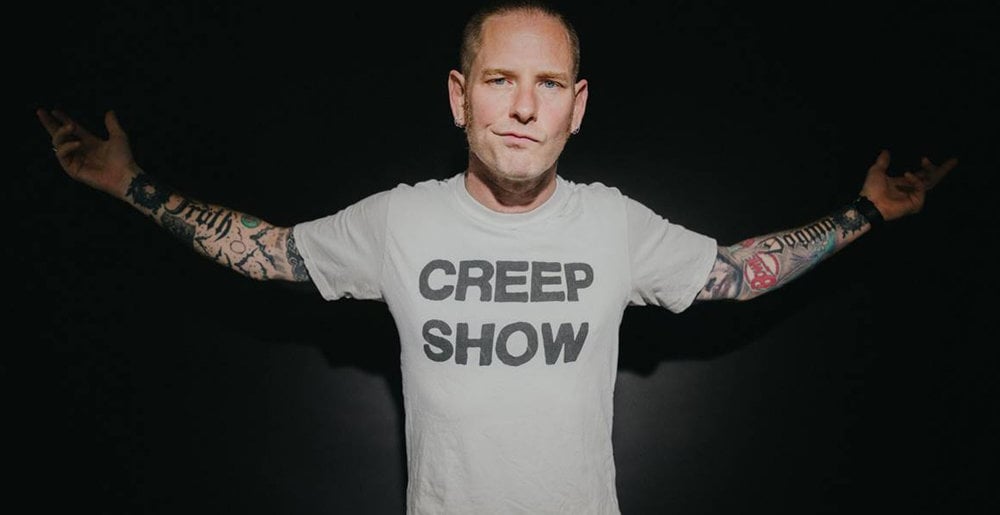 Video: Corey Taylor Played a Socially Distanced Show to an Audience of 12 People

Let it not be said that Corey Taylor isn’t a man of the people! Not only did he perform a show earlier this month for a whopping audience of 12 — surely a money-loser even in the best of circumstances — but he leveraged the event for charity, with all proceeds going to Sweet Relief, an organization devoted helping musicians and crew who are facing illness, disability or age-related problems.

The event, which took place in private on November 5, raised money via a charity raffle, with all donors entered into a pool for random selection. Five winners were chosen and each were allowed to bring a guest. One additional grand prize winner was awarded a brand new Epi Gibby guitar signed by Taylor himself, making for a total audience of 12, surely the smallest he’s performed for in quite some time. Still, Metal Jesus Himself says he had a blast:

“Unbelievable feeling being back in front of a crowd, even if it was only 12 people! Last week’s socially distanced secret show in LA was a blast.

“We played live music again and raised money for @sweetreliefmusiciansfund. Thanks to everyone who donated and thanks to our winners who made it out for the special night.”

You can check out some cell phone footage of Corey and his band performing the Stone Sour song “Through the Glass” below, as well as a highlight reel via Corey’s Instagram.