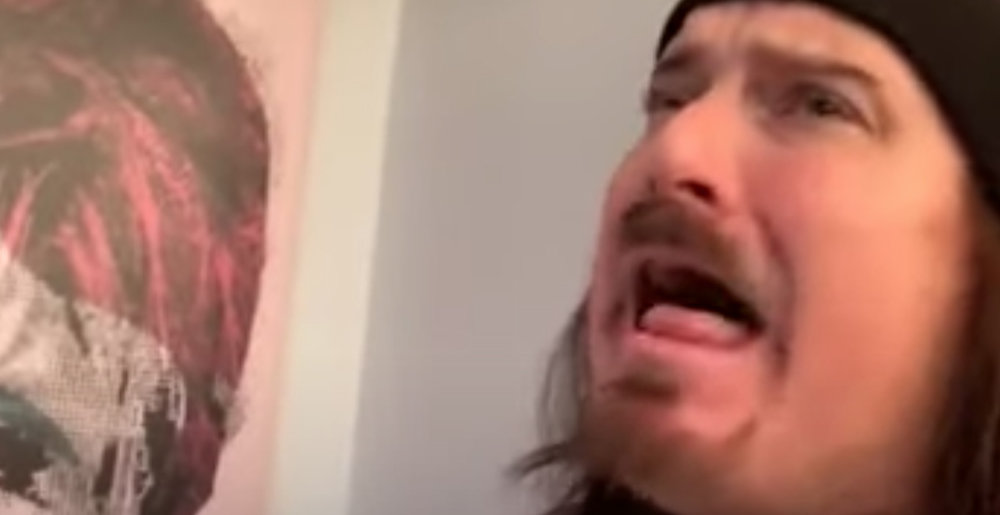 Ever wanted to hear James LaCheese without John Petrucci, John Myung, Jordan Rudess, and either of the Mikes, Portnoy and Mangini? Up until today, I would have said “Of course you didn’t! Nobody does!”

But somebody actually paid LaCheese $55 on cameo to sing an a cappella version of “Pull Me Under,” so I guess somebody does.

You can watch the video below. On the one hand, it’s not good. On the other hand, LaCheese, now rocking a Hitler ‘stache, makes faces like the one pictured above, which will bring me years of Photoshop joy.

So it’s got that going for it.

Metal Sucks Greatest Hits
0 -
For $16,000, Ted Nugent Will Stay the F*ck Away From Your Town
1840 -
The Final Word on Metal Drumming
0 -
The Red Chord’s Guy Kozowyk is a Police Officer Now
0 -
Let’s Talk About Rammstein’s Controversial “Deutschland” Video
0 -
Just in Time for Passover: Big Four Yarmulkes?!?!
0 -
Anthrax’s Frank Bello is Really Excited to Be Here, Not at All Concerned About Swallowing Bugs