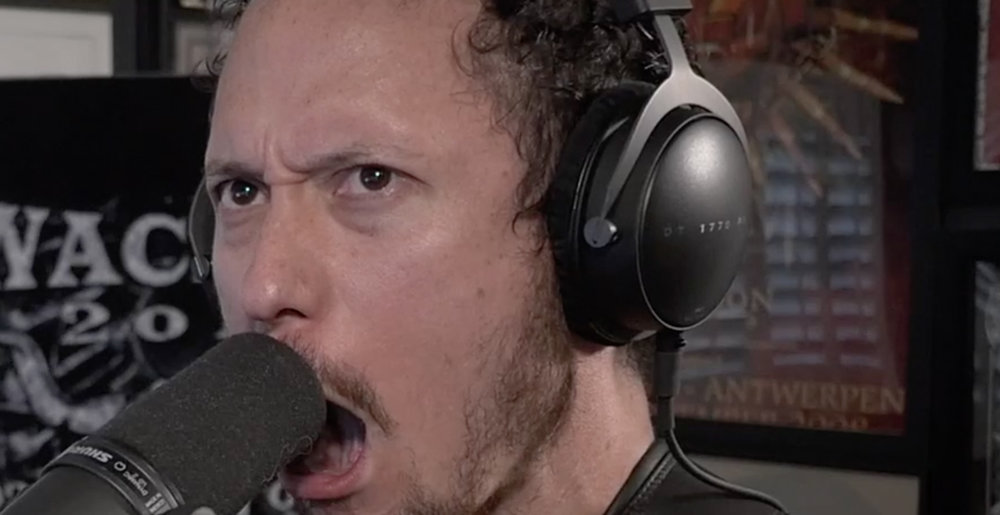 The latest entry in Sepultura’s ongoing SepulQuarta livestream series, launched at the beginning of quarantine, features Trivium frontman Matt Heafy performing the band’s classic song “Slave New World” alongside the rest of the band members virtually. The original version of the track appeared on Sepultura’s 1993 album, Chaos A.D. Heafy both plays guitar and sings on the new version.

You can keep up with the latest in the SepulQuarta livestream series right here.

Metal Sucks Greatest Hits
0 -
Metallica’s St. Anger Was Released Ten Years Ago Today
0 -
Footnotes: A Handy Catalog of Every Song from Which Avenged Sevenfold’s Hail to the King “Borrows”
0 -
Incredibly Metal Six-Year-Old Girl Terrorizes America’s Got Talent
0 -
Carcass’ Swansong: A Newbie’s Retrospective Review
1510 -
The Top 15 Reasons that Metallica are the Yankees of Metal
820 -
Rigged: Dream Theater’s Mike Mangini Takes You Through Every Piece of His Mega-Drumkit [Part 1]