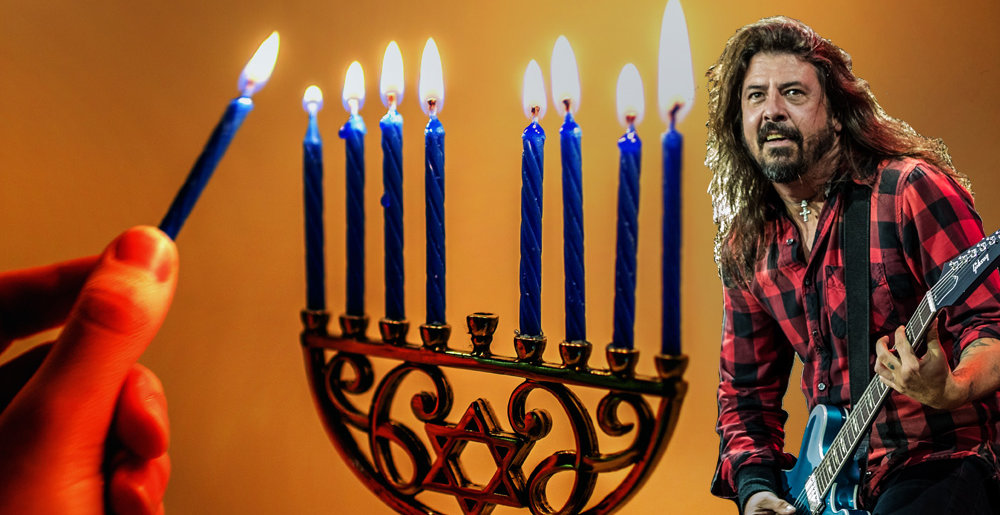 Every time I think Dave Grohl can’t get any cooler, he goes and does something which makes him cooler.

The Foo Fighters mastermind has announced that he’s teamed with producer Greg Kurstin to record eight covers of songs by Jewish artists, with one song to be released each night of Hanukkah (Hanukkah, for our gentile readers, begins at sundown tonight).

Grohl made the announcement via this adorable Yiddish-laden social media post:

“With all the mishegas of 2020, Greg Kurstin & I were kibbitzing about how we could make Hannukah extra-special this year. Festival of Lights?! How about a festival of tasty LICKS! So hold on to your tuchuses… we’ve got something special coming for your shayna punims. L’chaim!!”

Grohl, in case you’re wondering, is not Jewish… although his wife, Jordyn Blum, most certainly is (in case the name didn’t give it away). Kurstin is also Jewish (in case his being a big time record producer didn’t give it away (I’m allowed to make that joke because I’m Jewish)).

And in the meantime, we can all guess what Grohl has chosen to cover. There’s obviously no shortage of Jewish musicians and bands featuring Jewish musicians from which he and Kurstin were able to choose: Kiss, Van Halen, Anthrax, Twisted Sister, Death, The Ramones, T-Rex… actually, trying to guess what songs he chose is probably impossible. Oy vey!