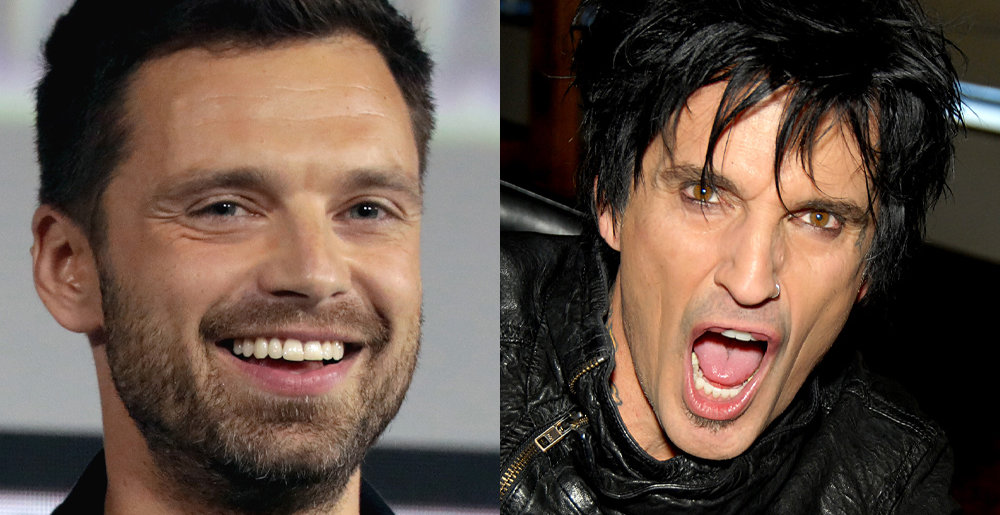 Years from now, after all life on Earth has gone extinct, aliens will visit the planet and try to make what they can of our lives based on what we left behind, like archaeologists at Pompeii. And during their studies, these aliens may very well come to the following conclusion: Tommy Lee from Mötley Crüe was the greatest drummer of all time, and possibly the greatest musician of all time, period, full stop, end transmission.

This deduction will be faulty, yes, but also understandable, somewhat akin to the way the aliens might assume dogs were in charge based on the fact that they lead around by ropes humans meant to pick up their shit. Having no basis of understanding for Earth music themselves, they will assume that Lee was of great significance based on the fact that part of his life were dramatized for popular streaming services twice in the timespan of just a few years. It simply may not occur to them that this decision was rooted more in the entertainment value of Lee’s personal life than the entertainment value of his music.

Having already been portrayed by Machine Gun Kelly in Netflix’s 2018 adaptation of The Dirt, Deadline reports that Lee will now be played by Sebastian Stan — best known for his work as the Winter Soldier in the Marvel movies — in an upcoming eight-episode limited series on Hulu, which currently has the working title Pam & Tommy.

As you likely surmised from that working title, the series will focus on Lee’s relationship with Baywatch star Pamela Anderson, and their infamous leaked sex tape. The British actress Lily James (Baby Driver, Rebecca) will play Anderson, while Seth Rogen, who is also a producer on the project, will play the man who stole the tape.*

The series will reunite Stan with Craig Gillespie, director of 2017’s I, Tonya. I wonder if he and Gillespie are planning on making biopics about all of the ’90s shittiest celebrity husbands. They could also do Joey Buttafuoco, John Wayne Bobbitt, Bill Clinton…

Robert Siegel, who wrote 2008’s The Wrestler and wrote and directed 2009’s Big Fan (both of which are excellent), is penning the script.

Deadline also says that while the sex tape will be central to the narrative, it won’t be the only aspect of Lee and Anderson’s relationship to be explored:

“While the scandalous event will play a major part in the series, the story will have a big focus on their relationship going back to their whirlwind romance that started with them marrying after only knowing each other for 96 hours in 1995. The leaked VHS tape turned into quite the legal dispute, with Anderson suing the video distribution company Internet Entertainment Group. Ultimately, the Lees entered into a confidential settlement deal with IEG. Thereafter, the company began making the tape available to subscribers to its websites again, resulting in triple the normal traffic.”

Neither Lee nor Anderson are officially involved in the project, which means that a) it probably won’t include any Mötley Crüe music, b) it won’t be a hagiography like The Dirt, and c) Lee will almost certainly hate it and say as much in public.

There’s no word on when Pam & Tommy will air, but Deadline says it’s been gestating for awhile and “looks to be well on its way to production.” So figure maybe sometime in 2022?

While we wait for more details, head to the comments section and be outraged about the fact that there are going to be more movies and television shows about Tommy Lee than there are about John Bonham.