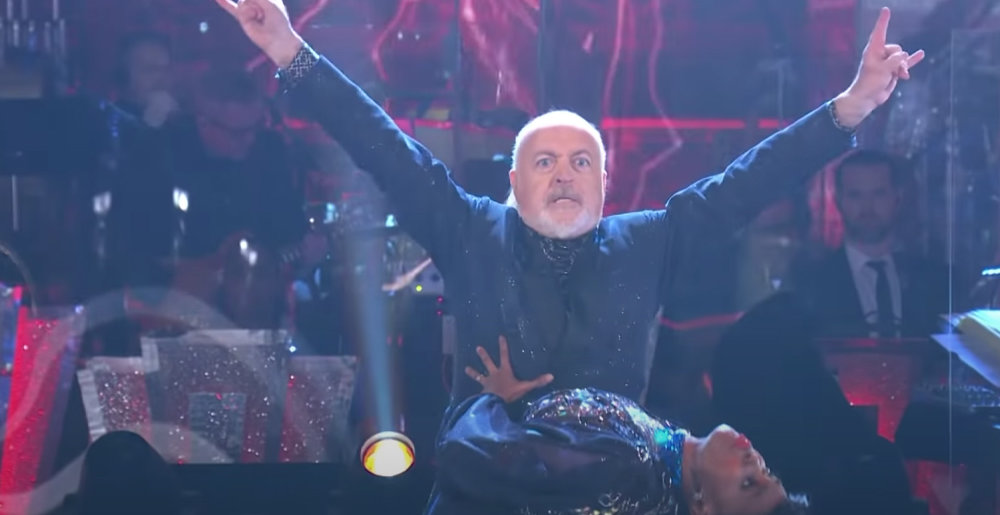 For the semi-final round of Strictly Come Dancing — which, as far as I can tell, is basically the BBC’s version of Dancing with the Stars — the British comedian Bill Bailey and his partner, professional dancer Oti Mabuse, did something fairly unsual: they danced the tango to “Enter Sandman” by Metallica.

So how were they? I mean… it feels a bit like watching your parents trying to be cool. But it’s still pretty good. Like, you’re talking about an amateur dancer risking making an ass out of himself on television. It’s impressive, even if it’s not exactly hip.

Besides, Bailey has a longstanding relationship with this “Sandman”: in 2011, he covered the song (er, sort of) as part of the run up to that year’s Sonisphere.

You can watch the Strictly Come Dancing clip below:

Metal Sucks Greatest Hits
0 -
Exclusive Interview: John Baizley of Baroness on the Bus Crash, Recovery and the Future
0 -
And Now, Here’s a Couple of Dudes Playing Slayer on Pre-School Instruments
8790 -
The Top 39 Annoying Things That (Local) Bands Do
0 -
Danny Worsnop is a Good Writer
0 -
So As it Turns Out, Banging Your Head a Bunch Can Be Bad for Your Brain
0 -
Video: Dudes Rockin’ Out to Van Halen Meet David Lee Roth, Have No Idea Who He Is