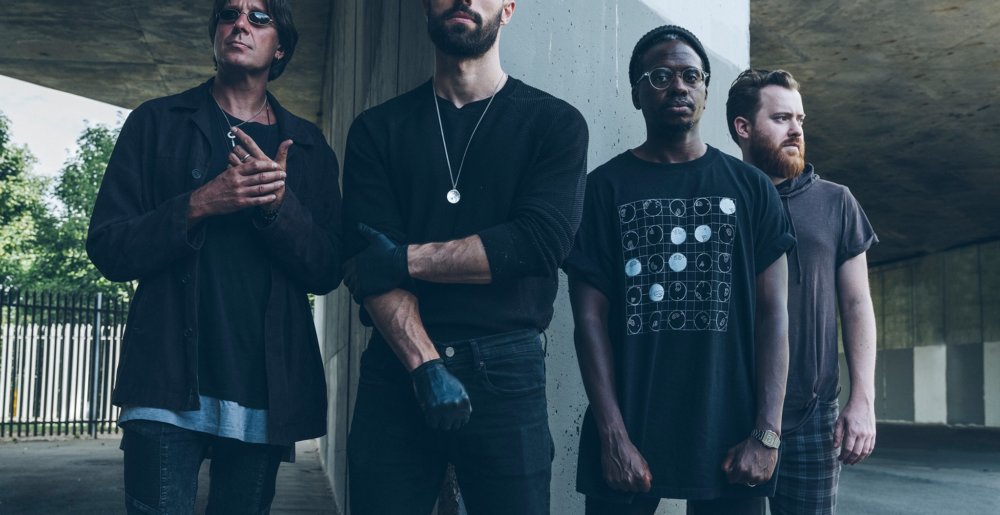 The Best Industrial Metal Album You’ll Hear in 2020: This Be the Verse’s Deny All

The industrial metal revival of the past three or so years has brought a number of strong bands with it and influenced metal musicians of all kinds to incorporate the genre’s trademark electronics into their sonic palettes. But with a very small handful of exceptions (Youth Code’s Commitment to Complications comes to mind) there haven’t been any entire stand-out albums that I’ve wanted to listen to over and over, front to back.

This Be the Verse’s Deny All is one of those album. It’s been sitting in an open tab in my browser for weeks already, beckoning for me to write it up, and when I eventually went to do so I learned that I’d had a private advance stream and the album isn’t even out yet. Whoops! Thankfully the band has granted MetalSucks an exclusive on the full album stream, despite their one-track-per-month release plan which currently only has them up to three (those who want the full album now can buy it physically).

From electro-tinged alt-rock stompers like lead single, “All This Red,” to the aggressive, fast-paced thrasher “Hate Pedlars,” Deny All is the dynamic, explosive, nuanced industrial album I’ve been looking for all this time. It grooves, it grinds, it hurts, it rocks… it does it all, and it does so with one memorable song after the next. You’ll be into it immediately.

Give it a spin in full below and support the band over at Bandcamp or Facebook. I’ll post the video for “All This Red” as well.

Tags: this be the verse

Metal Sucks Greatest Hits
0 -
Iudicia is Your New Favorite Band
0 -
Oderus Urungus from GWAR Reads Goodnight Moon
0 -
A Sh*tstain on the Ass of the Universe, #28: Lie or Liar
0 -
It’s Official: There is Too Much Slayer Merchandise
0 -
Website Photoshops Dogs in Place of Bass Guitars Because Why Not?
0 -
Former Attack Attack! Bassist John Holgado is the Stupidest Human Being Ever