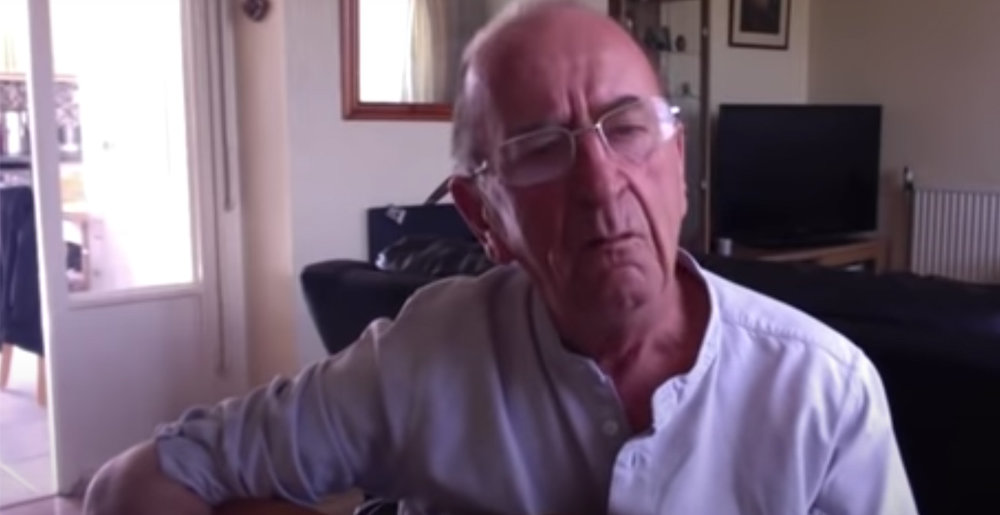 Senior citizens: every time you’re ready to argue that we put them on blocks of ice and push them out to sea lest they continue to be a burden on the community, one of them goes and does something to prove their value!

Today’s AARP All-Star is England’s Frank Watkinson, who is responsible for a new acoustic cover of Slipknot’s “Snuff” that is just… so emotional. Like, it’s very much of akin to Johnny Cash’s version of “Hurt” by Nine Inch Nails — the song was already great, but a stripped-down version coming from a man closer to the end of his life than the beginning lends the whole thing an extra layer of gravitas.

Watch the video below. Keep a box of tissues hand. Like I said, shit gets emotional.

Incidentally, Slipknot think they’re touring Europe in the summer. I, for one, believe it’s just as likely that Watkinson will be named People‘s Sexiest Man Alive. Discuss amongst yourselves.

Metal Sucks Greatest Hits
0 -
The Top 25 Modern Metal Drummers: The Entire List in One Place
0 -
And Now, Here’s a Couple of Dudes Playing Slayer on Pre-School Instruments
0 -
Twelve Reasons Babymetal are the Single Best Thing to Happen to Metal in the Past Decade
0 -
Video: Rings of Saturn Guitarist Lucas Mann’s Criminal Abuse of Guitar Pro
0 -
Eleven Useful Tips for Local/Unsigned Bands
0 -
Phil Anselmo on Hearing the End of Pantera’s “Hollow” for the First Time: “I Was Floored…”