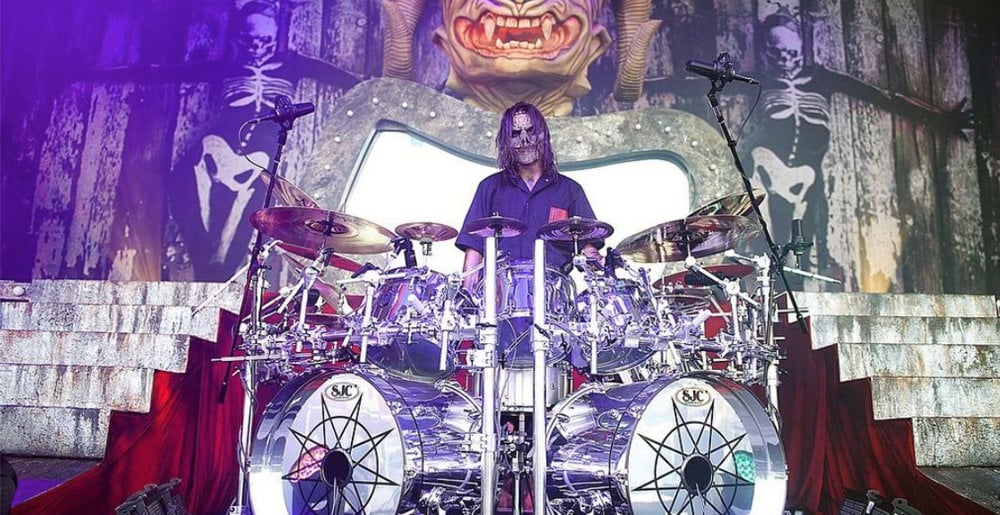 Slipknot drummer Jay Weinberg, who replaced Joey Jordison in 2014, has quite the pedigree: his father is Max Weinberg, longtime drummer for Bruce Springsteen’s E Street Band as well as for the house band on Conan O’Brien’s late-night talk show for a number of years.

The younger Weinberg, who turned 30 in September, recently waxed ecstatic in a new chat with Vater drum sticks about how watching his dad’s professional work ethic was the best lesson and biggest inspiration in his training:

“The real learning was seeing, to me, the baddest band in the land, the real tenacious E Street Band, watching them do what they did for four hours a night. To this day, you don’t see bands doing that; they’re in a league of their own. So to have that education of seeing that happen every night, it’s, like, there’s no partying here. It takes so much focus to deliver on your vision and what Bruce and the E Street Band have done for decades has been flawlessly executing a certain vision.

“So that’s what I really took away from that experience, and then, of course, now applying that to Slipknot. It’s a vision that I’ve come to understand, and [I] was a fan when I was very young. I knew the band inside and out, knew the songs like the back of my hand, knew the vision of the band and the direction that the band was going. It takes that application and tenacity of just, like, every day you wake up and you’ve gotta bash down the door. So that was the best lesson that I ever got from Max Weinberg University.”

All you aspiring drummers out there: have a think on what Jay is saying next time you consider getting sloshed before a gig. Professionalism is everything!

You can watch the full chat below.

Slipknot recently announced a European tour for summer 2021. Corey Taylor has said that the band are taking advantage of their downtime this year by writing new material and that they’re potentially eyeing 2021 for another new album release. Weinberg later confirmed things are happening but said “I can’t talk about it.”