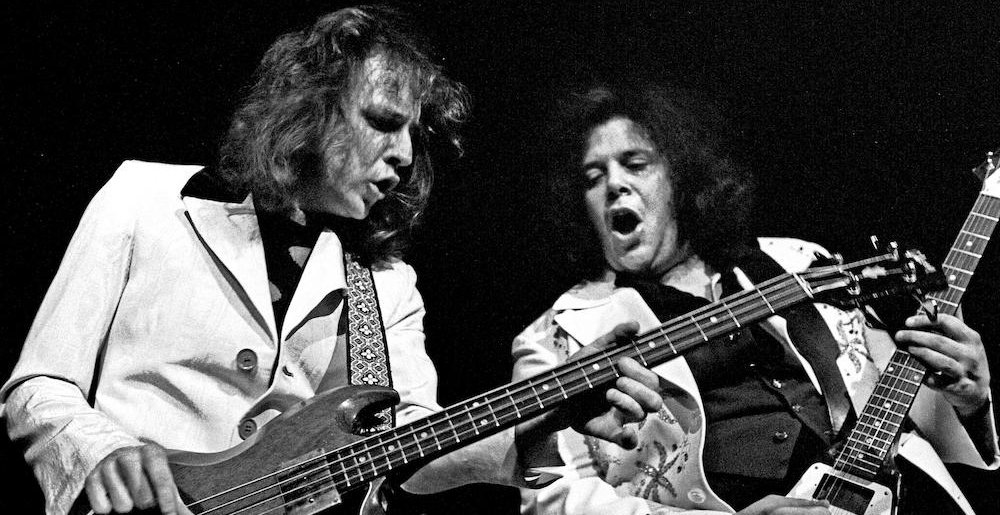 Leslie West, guitarist for the proto-metal legends Mountain, has passed away. He was 75 years old.

The cause of death was cardiac arrest. Rolling Stone reports that West was rushed to hospital near his home in Daytona, Florida on Monday, December 21. Twisted Sister frontman Dee Snider sent out tweets yesterday that his friend was on his death bed, and indeed, West never regained consciousness.

Weinstein was born in New York City, and first emerged in the scene as a member of The Vagrants in 1964. A few years later he and Felix Pappalardi formed Mountain, a band that was amongst the first to pioneer the genre later to become known as Heavy Metal. Hits that include “Mississippi Queen,” “Theme From An Imaginary Western,” and others established an indelible voice and guitar tone that remains legendary to this day. In 1969, West brought his presence to the stage at Woodstock.

Mountain are best remembered for their 1970 hit, “Mississippi Queen,” which West co-wrote. West is also widely credited as a contributor to The Who’s 1971 album Who’s Next, which was eventually shelved, but several songs from which — including one of the band’s best-known tracks, “Won’t Get Fooled Again” — were released on subsequent albums.

“Leslie West and Mountain are one of the founding fathers of heavy metal. His explosive, powerful guitar playing and seering solos helped define the genre. Attending guitarists gatherings with Leslie I saw ALL guitarists bow down before him (yes even @eddievanhalen)… And his influence on HIP HOP (You heard me!) is undeniable. His song Long Read has been sampled on over 750 hip hop tracks including Jay-Z 99 Problems. What an incredible force @lwestmountain was!”

West lost most of his right leg to diabetes in 2011, but continued playing guitar. He said at the time:

“I’m lucky it wasn’t one of my hands or I’d be screwed. It was a difficult struggle, and after the amputation I didn’t know whether I’d ever want to or be able to perform again. But a month later I played at the Rock ‘N’ Roll Fantasy Camp in New York City, and I heard my guitar on stage and that was it. I knew I had to keep going.”

West is survived by his wife Jenni, whom he married on stage after Mountain’s performance at the Woodstock 40th Anniversary concert in Bethel, NY on August 15, 2009, brother Larry, and nephew Max.

MetalSucks’ thoughts are with West’s loved ones during this difficult time.

Sponsored Links from Across the Internet
Show Comments
Related Articles
Metal Legacies 0
Members of the Hard Rock and Metal Community React to the Death of Leslie West
December 24th, 2020 at 9:50am MetalSucks

Metal Sucks Greatest Hits
0 -
Footnotes: A Handy Catalog of Every Song from Which Avenged Sevenfold’s Hail to the King “Borrows”
0 -
What in the Mother of F*CK Did I Just Watch???
0 -
Exclusive Interview: Damien Echols of The West Memphis Three on His Life After Death
0 -
Watch This Kid Perform Europe’s “The Final Countdown” Entirely with Hand-Farts
0 -
Ten Reasons Why Record Labels Are Still Important
0 -
15 Ways Your Unsigned Band is Doing It Wrong