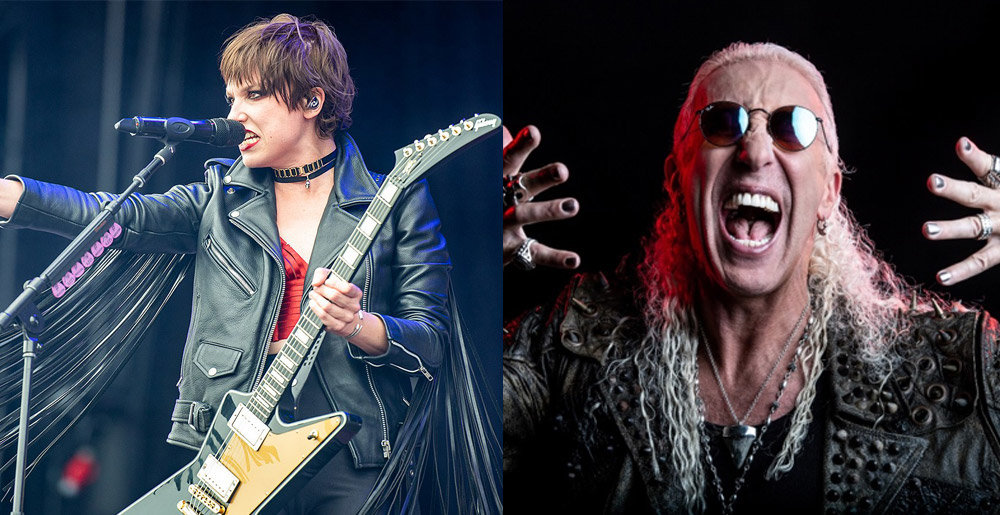 Halestorm frontwoman and co-namesake Lzzy Hale was our recent guest on The MetalSucks Podcast to discuss a wide breadth of topics including her collaboration with legendary Twisted Sister frontman Dee Snider on “The Magic of Christmas Day,” a new Christmas song that came out in December.

Recalling her first interactions with Dee early on in her career, Hale recounted how Dee was so awestruck by her live vocal performance at a festival that he asked the sound engineer if he could listen to her monitor mix to make sure Lzzy wasn’t using any vocal backing tracks.

She told us of the encounter:

“I got to host the Golden God Awards, I think it was like 2012, co-host that with him, and I think that was the first time we met. But a couple years later we were playing Sturgis with ZZ Top and Dee Snider was there. I turned stage left while we’re performing and he’s just standing there side stage watching our show. And of course… look, I can put on my leather jacket and I pretend to be cool but when it’s Dee Snider it’s like, ‘Man, oh, okay, step it up, don’t screw it up!’ [laughs] You know? Pay attention!

“And then my monitor guy at the end of the show turns to me and is like, ‘Hey, I hope this wasn’t breaking protocol or anything but Dee Snider asked to listen to your monitor mix to see if you were actually singing.’ And he was like, ‘And normally, if it was any other person, I would be like, no! But it’s Dee Snider! I let him listen to it.’ And I’m like, ‘Well, that’s nerve-wracking but that’s awesome that he wanted to listen to my voice to make sure I was actually singing!’ Which I do [sing live], but yeah.

“He’s such a great dude and to have those kind of compliments coming from him and the fact that he reached out to me to sing this song, it’s truly an honor. Because he’s a lifer.”

You can listen to our full chat with Lzzy here or below, along with her song with Dee, “The Magic of Christmas.”