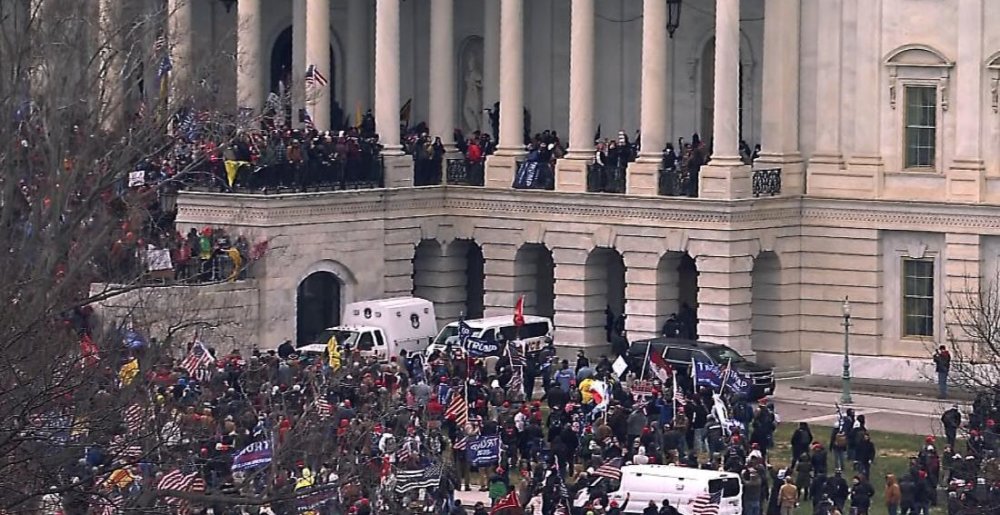 As you are surely aware, pro-Trump rioters have stormed the Capitol in Washington, D.C., disrupting Congress’ efforts to count the electoral votes from November’s election and officially confirm Joe Biden as President-elect. Some lawmakers have been evacuated from the building; others are sheltering in place. NBC just reported that someone has been shot by police. Donald Trump, in typical Donald Trump fashion, is not doing anything to stop the chaos, despite the fact that he incited these people in the first place at a rally earlier today, instructing his followers to “fight” the election results and claiming that he would march to the Capitol alongside them (he did not — he promptly returned to the White House at the end of his speech).

As the world watches this unprecedented situation unfold, notable musicians from across the metalsphere have begun to weigh in via social media. A collection of those reactions can be found below. We’ll continue to update this post as more reactions come in.

Tom Morello (Rage Against the Machine)

Phil Labonte (All That Remains)

Metal Sucks Greatest Hits
820 -
Rigged: Dream Theater’s Mike Mangini Takes You Through Every Piece of His Mega-Drumkit [Part 1]
0 -
Heavy Metal Drinking Games
0 -
Rigged: Jeff Loomis
0 -
Website Photoshops Dogs in Place of Bass Guitars Because Why Not?
0 -
Editorial: The Metal Community Must Stop Letting Phil Anselmo Off the Hook for His Racist Remarks
0 -
Viral Drummer Nandi Bushell Pays Tribute to Taylor Hawkins: “Thank You for Looking After Me”