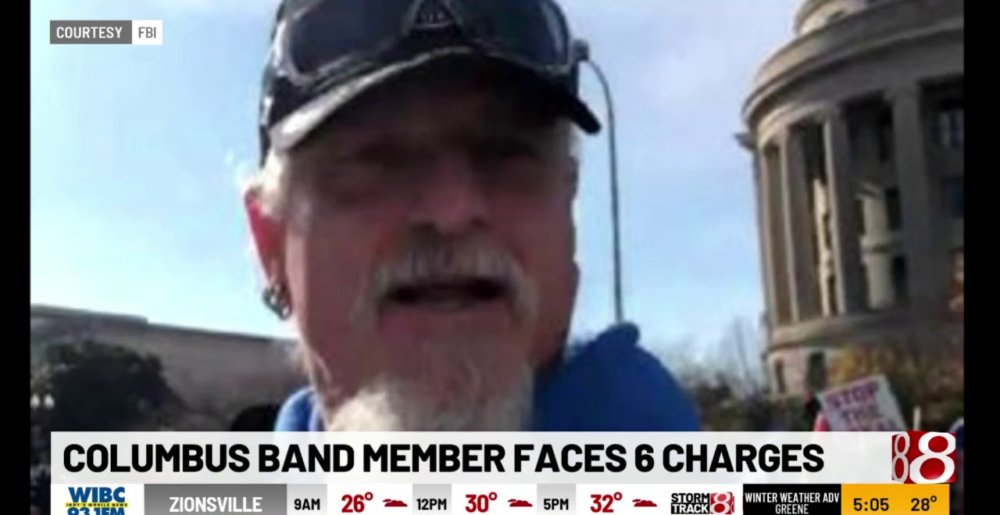 Iced Earth leader Jon Schaffer was finally brought to justice yesterday (Sunday, January 17), when he turned himself in to the authorities 11 days after joining the pro-Trump mob that broke into the U.S. Capitol building on January 6. Two television news programs in Schaffer’s native Indiana, WISH and WTHR, covered the arrest yesterday, and you can watch both of those reports below (courtesy of Blabbermouth).

Earlier today, new photos surfaced of Schaffer inside the Capitol holding what authorities referred to as ‘bear spray,’ an aerosol bear deterrent containing chemical irritants such as capsaicin to create a burning sensation. Schaffer, along with other rioters, is alleged to have use the substance against Capitol police.

Both the Washington, D.C. police and the FBI were looking for Schaffer after a widely circulated photo identified him as one of the siege’s participants. He now faces six charges:

When word of Schaffer’s involvement in the Capitol riots spread, his bandmates issued a collective statement distancing themselves from the violence but stopped short of publicly disagreeing with his political views. Vocalist Stu Block indicated he supported the protests until they turned violent, and later deleted comments and banned fans who pointed that out.

In July of last year, the guitarist told MetalSucks (video at the bottom of this post) that he did not believe the coronavirus pandemic to be a real threat, referring to it as the “plandemic,” claiming that coronavirus case counts have been artificially inflated, and suggesting that the current economic shutdown was orchestrated by a small group of global elites with profits in mind:

MetalSucks will continue to keep you updated as this story develops.