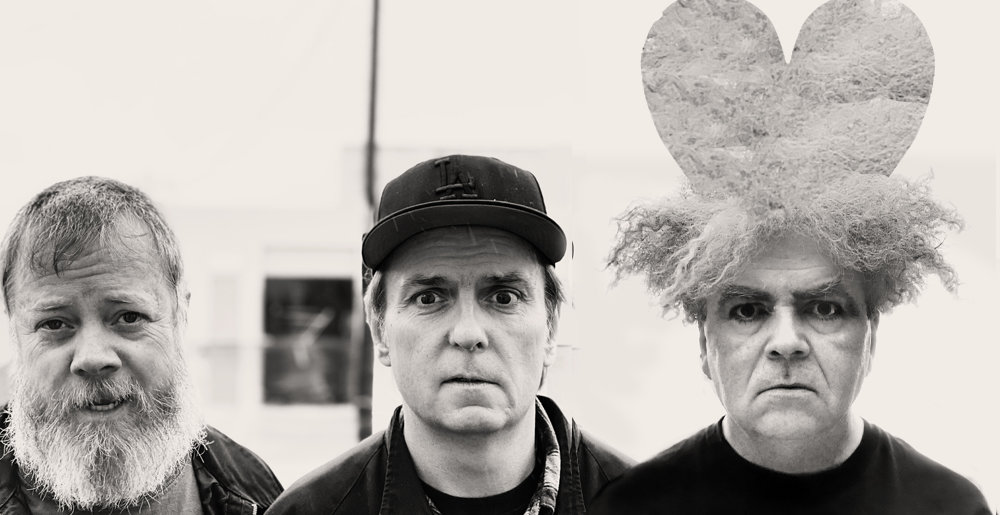 The Melvins 1983 — the iteration of the band featuring Buzz Osborne, Dale Crover, and original drummer Mike Dillard — have premiered “The Great Good Place,” the latest single from their forthcoming release Working with God.

You can check out the track below. Working with God will be released February 26 via Ipecac Recordings, and can be pre-ordered here, along with vinyl-only reissues of Hostile Ambient Takeover (2002) and Gluey Porch Treatments (1987).

Additional, the regular-edition version of the Melvins, which consists of Osborne, Crover, and Steven McDonald, have announced a livestream event dubbed Divine Monkeyshines: Valentine’s Day Special. As its title suggests, the event will take place on Valentine’s Day (February 14), and is described as a combination of “a musical performance with behind-the scenes footage and interviews with the band members.” It’s the group’s second holiday-themed livestream, after one this past New Year’s Eve.

Says Osborne of the livestream:

“Round two of Melvins TV! Just in time for Valentine’s Day! Five different songs plus band interviews and other cool stuff. All this fine entertainment for only $5.”

Tickets and exclusive merchandise are available now at this link.

Metal Sucks Greatest Hits
0 -
Anthrax’s Frank Bello is Really Excited to Be Here, Not at All Concerned About Swallowing Bugs
0 -
36 Seconds of Hell on Earth: Video from the Guitar Center Grand Opening in Times Square
0 -
Worst Year Ever: All of Our 2012 Year-End Sh*t in One Place
0 -
Etienne Sin: What the Actual Fuck
0 -
15 Ways Your Unsigned Band is Doing It Wrong
0 -
Meet Hatebreed’s Smallest Fan