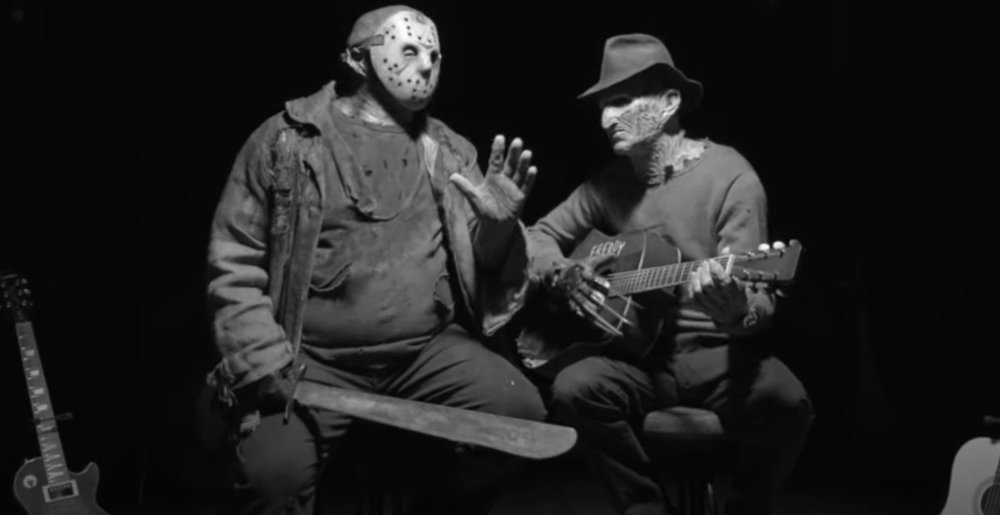 This time out, they’ve offered up “More Than Burns,” a Freddy vs. Jason-themed take Extreme’s “More Than Words” (which remains the most beautiful song ever written about trying to get your S.O. to have sex with you and/or do household chores more often).

Is it goofy? Well… duh. But some of it is pretty clever — like the way they incorporate Jason’s infamous echoey whisper.

You can have a few yuks with the video below.

Incidentally, if you like these movies as much as we do, we’ve ranked all the Friday the 13th and A Nightmare on Elm Street movies (and the Halloween movies, too!) from worst to best.

Sponsored Links from Across the Internet
Show Comments
Related Articles
Br00tal-lists 0
The 13 Incarnations of Jason Voorhees, Ranked by How Metal They Are
May 13th, 2022 at 12:20pm Emperor Rhombus

Metal Sucks Greatest Hits
3550 -
The Real #1: Mastodon – Leviathan
2860 -
What is the Best Christian Metal/Hardcore Band???? [you’re moshing 4 Christ]
2060 -
How Metal Nerds Choose What Bands To Like: A Scientific Model
0 -
If You Like Bass Dogs, You’ll LOVE Drum Fish
0 -
Photos of Metal Musicians When They Were Kids
400 -
Danzig is Just Cleaning Up His Motherf*cking Bricks, Bitch