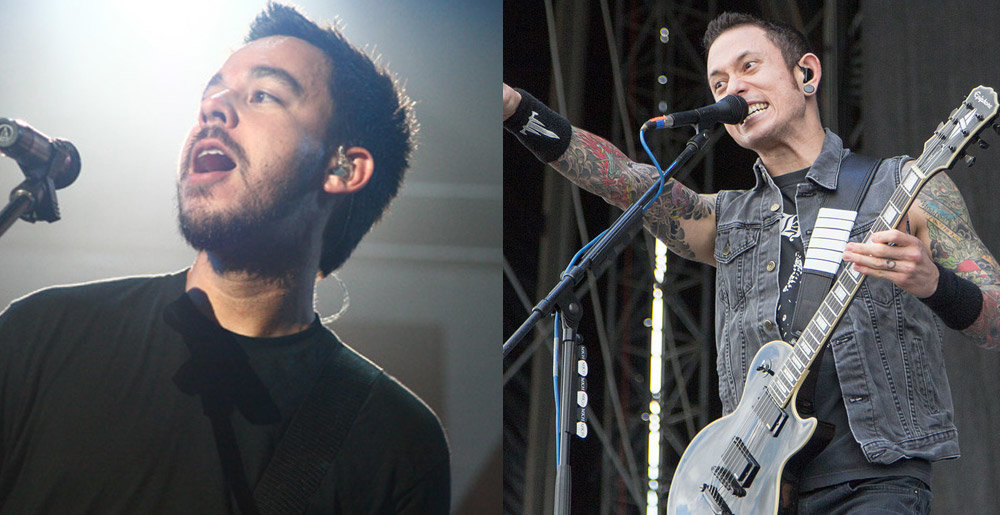 Linkin Park mastermind Mike Shinoda has gone full bore into the Twitch world during the Covid era, quickly racking up 113k followers by broadcasting real time songwriting sessions and remixes, including the opportunity to produce his fans’ own music live on the channel. In July he even released an entire album of music he composed while streaming live.

Trivium mainman Matt Heafy, we don’t need to tell you, was already heavy into Twitch before the pandemic. At 200k followers, Heafy’s streams of cover songs, vocal and guitar practice, and his penchant for fan interaction have been making headlines in the metal world for years. Last year he revealed that the income he earns from the platform eclipses what he gets from Trivium when they’re not on the road, calling Twitch a second job.

The two streamers, some of the biggest (maybe THE biggest?) Twitch channels in the metal and hard rock world, will now link up for a special collaboration. On Friday, February 5, Shinoda will write a new track, live on Twitch, using Heafy’s pre-recorded parts.

“So I’m gonna take his vocal, and even his guitar, and chop them into little tiny bits and run them through a meat grinder and then we’re gonna make a track out of it. I don’t even know what we’re gonna make.

“The track he sent is so… it’s, like, EPIC! It’s very, like, Matt standing on a mountaintop with a falcon on his wrist who flies away and collects the bones of enemy clans, enemy warriors.

“That’s what happening next week on Friday.”

What’s more, Heafy plugged the collaboration as “song 1” for the pair, indicating more could be planned. Neat! He added, “Ps @mikeshinoda – the way you described the song… I MUST HAVE THAT PAINTED!!! Hahaha. I loved that description so much. I can’t wait to hear what you conjure! GO FRICKIN NUTS!”

You can tune into the livestream on Shinoda’s Twitch channel on Friday, February 5 from 1-3pm EST.